It had to happen sooner or later – the police have been accused of arresting people solely for the purposes of adding further ‘suspects’ to the National DNA Database. It’s time to revisit why the current approach threatens to undermine the whole worth of DNA as an evidential tool.

The claim, made by the Human Genetics Commission, is that police forces now obtain DNA samples simply to build a suspects database; that the value of DNA itself is ignored, since in many cases there are easier and more obvious ways to identify suspects; and that the stigmatisation of individuals, particularly certain ethnic groups (it is claimed that up to three-quarters of young black men are in the database) is driving a wedge into society.

The National DNA Database is as strange and utterly unique creature. No other country has one like it. In the quest for target-driven, pre-cog style policing, the government has created a monster that can only deliver the results expected of it if it is fed more and more DNA information – and since it will no doubt be expected to achieve ‘better’ results against these targets every year, that amount of DNA will have to keep rising. Home Secretary Alan Johnson has vigorously defended the government’s approach. However, the outcome is going to look more ‘Little Shop of Horrors‘ than Minority Report as the beast keeps demanding meat to feed its growth. 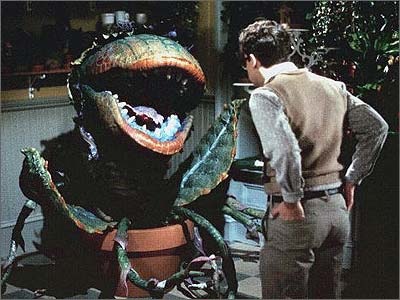 There are a huge number of reasons why the current approach towards the National DNA Database is wrong, but here are few:

There are of course circumstances in which the retention of DNA evidence is perfectly reasonable: few would question the proportionality of storing DNA records of individuals convicted of violent or sexual crimes against the person, for example. There’s a strong case to argue in favour of a short period of retention of everyone convicted of any crime, or currently under investigation after arrest, but that data has to be destroyed once its purpose is complete. And as for the million or more unconvicted suspects, victims, witnesses and volunteers in the National DNA Database? Their records should be expunged immediately.

What about volunteering DNA? In his blog, Philip recently stated that he’d like his DNA on file in case his identity credentials were misused. Sorry Philip, but you’ve been suckered by the propoganda: there is a fundamental conflict between provision of trusted identity and the fight against serious and organised crime. If your credentials are misused, we need a system that has self-healing qualities with the ability to revoke credentials promptly, backed up by a pervasive infrastructure that can only be achieved through federation rather than the current centralised approach to ID favoured by government. I suspect there’s nothing the government would like more than to get everyone’s DNA on file so that it can build a predictive police service, but the actual outcome will be treating everyone as a suspect, and still ignoring the victim.

The Conservatives have published their commitment to comply with the European High Court ruling in S v Marper to delete the records of innocent individuals, so there’s a good chance we could see a return to a more proportionate, scientific and trustworthy use of DNA. In the meantime, maybe we should change the NDNAD acronym to the AUthorised Dna REpositoritY – or AUDREY for short…