This is a guest blog from Gareth Cartman, director of digital marketing at Clever Little Design.

If you want to know how the workplace is changing, look no further than the startling results from a recent survey which showed that 62% of IT contractors claim the lack of “office politics” is behind their decision to work for themselves.

Add to that a recent survey which showed that 81% of UK workers want a change from the 9-5 ‘shift’ and you start to view the sea change in the British workplace, or at least in attitudes of British employees.

So is office politics really turning people off in their droves? And if so, there are two problems we have to solve: 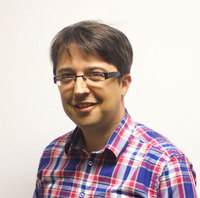 2)      We need to embrace remote working & make it work for us, not against us – it’s an inevitability

IT workers don’t like office politics – and you can pretty much guarantee that many other departments dislike it, too. Office politics proliferates when there’s a lack of communication, and silo mentalities that result in conflict.

Tackling silos is the first step in any organisation. Silos happen when leaders don’t talk to each other. They fester, and resentment festers – information doesn’t cross between silos, and a blame culture arises. No wonder IT workers (stereotypically not the most outgoing of people) don’t want to get involved.

We thought that the open plan offices of the 90s would have ended silos, but instead they’ve continued to build. It’s top-down, and cuts across the business. To end silos, you should:

What makes this easier is the explosion in business social networking tools. For years, organisations have banned social media in the workplace, but are seemingly now willing to accept facebook-style collaboration tools. It seems that one of the keys to ending workplace silos is to mimick social networks – research seems to indicate that productivity is up as a result. IT workers especially seem to benefit.

For too long, the discussion about remote work has centred around it “working for the employee”. The idea of work/life balance, less commuting, freedom to work more flexible hours has caught on, and employers have had to adapt as a result.

Let’s turn it on its head. How can you actually get a better quality of work out of employees? IT workers would rather stay out of the office – and that’s fine. Let’s accept that as the norm – how can we use this situation as employers to improve quality?

Firstly – systems. We mentioned business social networking tools, but ERP, CRM, Marketing tools, sales dashboards… they all need to work around employees, not the other way round.

The CRM industry, for instance (often the chattiest of the lot) has been talking about mobile for years – it’s only now that businesses have finally accepted mobile as an essential ‘strategy’. Why? Because people aren’t using their tools. Not only are people forming silos in the workplace, the tools are becoming silos of their own.

One major global business (who shall remain unnamed) had multiple CRM systems, and multiple installations of the same system – because nobody talked to anyone else. Systems – at least integrated ones – are able to bring people together, so long as they meet peoples’ needs. Why do you think dictators are so keen to bring down Twitter?

The current “BIG” need is the ability to collaborate with colleagues wherever you go. In the coffee shop, on the train, wherever. So if we’re going to make remote working ‘work’ for businesses, the focus has to be on a) making it easy to use these tools, and b) driving user adoption. A should beget B.

The results are obvious to HR professionals, and they should be obvious to anyone with half a brain. More productive employees are generally happier ones. They’re achieving something. What’s more, you’re giving them the flexibility they demanded, so you’re going to get some loyalty, and potentially even a competitive advantage in the much-fabled ‘war for talent’ which – after a brief hiatus – is apparently back ‘on’ (we could argue that in IT, it has never been ‘off’).

We can’t predict the future shape of the workplace with any seriousness, but we can see its direction. Workplace technology is taking on consumer technology, and the result is that employees are expecting this technology not just to support their work/life balance but to actually make their workplace a more collaborative, more enjoyable place to work.

The systems we run have to meet that demand. They have to meet users’ requirements for flexibility, and they have to be used. If employers can concentrate on building tools around employees, then not only do we start to solve the common problem of “how much money have we wasted on this software nobody uses” – but we also start to break down the silos that cause so much friction within the workplace, and that drive out some of the most talented IT professionals into contracting roles.

I’d call that a no-brainer.