Many a lunch hour in the 1980’s was spent crowded around the Atari game console while a digital Daley Thompson powered through 10 events using the wrist power and timing of the gamers of the day.

Well Daley’s Thompson’s Decathlon is back. A new Android and IOS version is available for smartphone and tablet users.

Apple will have to sort out the problem of iPhones not being waterproof. As I remember competing in the 110m hurdles on the game generated more sweat than doing the real thing.

Mind you I am trying to picture how the game, which left competitors aching and requiring towelling down, could be played with a touch screen. 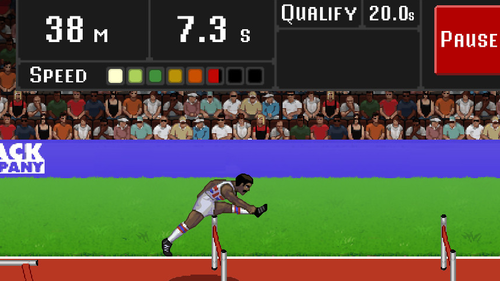