By tracking eye movement, researchers at Microsoft reckon they can identify if someone has accidentally introduced a bug in software they are developing. 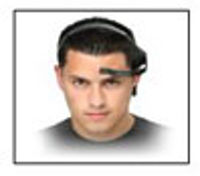 Microsoft researcher Andrew Begel said: “My idea is that if the software developers are writing the code and causing the bugs, we should measure attributes of the developers themselves. If we can figure out what cognitive or emotional issues lead to buggy code or lowered productivity, we can try to intervene and stop them from causing developers to make mistakes in the first place.”

Amichai Shulman, CTO Imperva reckons that the industry could take pieces of this research to understand better why mistakes are happening and when, and how to avoid them. “However, I don’t think that this is by itself an effective approach to improving software in general and software security in particular,” he said.

So for a complete solution, Downtime recommends inventing a way to zap the offending developer.