Latest Blog Posts
Related Content
BlogRoll
Latest News
Download Computer Weekly
An instant messaging conversation between two Apple execs, Tom and Stephen, was recorded and can now be exclusively unveiled right here on Downtime detailing how the New iPad was put together.
Tom: Thanks for helping me, I’m so behind on the next iPad and I need to come up with a name and what new features it’ll have.
Stephen: No worries, this is your first big project right?
Tom: Yeah pretty much, I’m really excited. I want to push the boundaries of technology. I was thinking of releasing a smaller cheaper version and the regular version, what do you think?
Stephen: Just release the normal one and don’t EVER suggest a cheaper version of anything while you still want to work here. 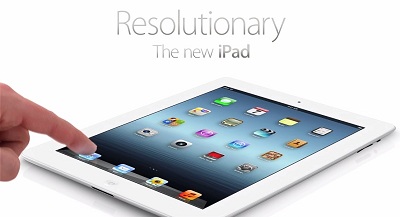 Tom: Ok, sorry.
Stephen: Have you got a name?
Tom: The obvious one is iPad 3 but I was thinking iPad HD.
Stephen: You definitely can’t use iPad 3.
Tom: Why?
Stephen: Because we might want to release an iPad 3 later this year.
Tom: But isn’t this the iPad 3?
Stephen: No, this is an interim money maker. Think of it like an iPad 2S, but don’t call it that.
Tom: Oh ok, so what about iPad HD? This one will definitely have Retina Display so it makes sense right?
Stephen: Yeah, ermmm… HD is a bit dated now, everything’s HD so no to that one too. Plus we might want to call the next one the iPad HD.
Tom: Ok, so what should I go for? I have no other suggestions.
Stephen: Just call it the New iPad so it’s not too specific, we want to sell it but make it forgettable for the next one.
Seriously, who cares. We could call it iPoo and it’ll sell, there’ll be losers lining the streets the night before it’s released going on TV saying they’ve always wanted an iPoo and how amazing it is.
Do you know what the ‘i’ stands for in all our products?
Tom: Yeah, internet but…
Stephen: No, for internal staff it’s ‘Intelligent’ for the public ‘Idiots’. Don’t forget that.
Tom: Right, I won’t… So moving on to the hardware, we have to add Thunderbolt?
Stephen: No.
Tom: Bigger screen?
Stephen: No.
Tom: Smaller screen?
Stephen: No.
Tom: Better camera?
Stephen: Only five megapixels, don’t go too crazy. We want the next one to have six.
Tom: Smaller bezel?
Stephen: No.
Tom: Lighter?
Stephen: Yyyyyyyyy… No.
Tom: Thinner?
Stephen: No.
Tom: More powerful? Like a better CPU and graphics card?
Stephen: A little. Don’t go all quad-core processor on me. We’re saving that for 2014. Make the graphics card better because we make loads of money on games. Next?
Tom: Bit of a no brainer but, Siri.
Stephen: Yeah people really like that don’t they? Let’s leave it out until the next iPad.
Tom: But we have to include Siri, it’ll look really bad if we don’t.
Stephen: Ok, include a cut-down version. We’re not a charity you know, we’ve gotta make money.
Tom: Better battery life?
Stephen: No.
Tom: And finally, 4G connectivity?
Stephen: No.
Tom: But if we add 4G then people will be able to download apps faster meaning more
money.
Stephen: YES! Now you’re thinking, make it as fast as possible and available worldwide. Anything else?
Tom: No, that’s it. Thanks for your time I’ll get this ready for the event.
Stephen: Any time. Just remember the golden rule: Money.
SearchCIO
SearchSecurity
SearchNetworking
SearchDataCenter
SearchDataManagement
Close