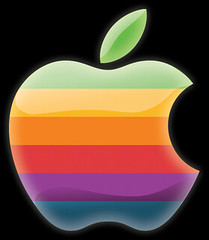 We know that Apple fan boys will shell out thousands of pounds every year to get their hands on the latest devices, be it revamped iPads with barely a new element in them or an iPhone without enough innovation to even give it a new number.

The question has now been raised as to whether Apple fan boys (and girls of course) are history buffs.

Christie’s auction house has today sent round an announcement confirming an Apple-1 personal computer will be up for sale on 9 October. These first batch of Apple computers were hand-built by Steve Wozniak himself in the 1970s, whilst Steve Jobs came up with snazzy marketing techniques to get the product off the ground.

This particular machine used to belong to an Apple employee and Christie’s is estimating it will go for between £50,000 and £80,000 on auction day.

Want to be the ultimate Apple fan boy? Get your arse down to Christie’s with your chequebook in tow.