Downtime has found itself with more time on its hands than usual this week, mainly as we wait for much of our work to be returned with Hugh Grant’s approval, but fortunately we stumbled across an ideal outlet for time-wasting.

Running the address of any webpage through it instantly returns the page translated into the slang of instant messenger and that of Snoop Dogg’s (or Lion or Mountain Lion or whatever it is he has upgraded to, these days) MTV show “Doggy Fizzle Televizzle”.

Some of our favourite bits included the new take it gave to the Leveson stories, which Downtime feels was far more succinctly summed up with the following excerpts:

Dizzy Cameron, Nick Da Clogg n’ Ed Millipede kicked it wit fo’ talks on Thursdizzle evenin yo, but there is profound differences which is ghon be hard as f**k ta overcome.

Turning the Gizoogle filter on our own body of work proved just as entertaining, although one member of the team was less than impressed with being given a new, though far more street, byline.

Downtime apologies to its mother and all other offended parties for the bad language used in this post. 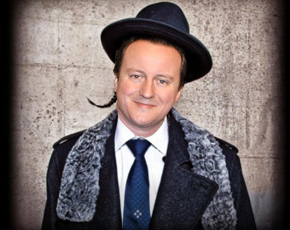