Britain’s contribution to computer history has received its ultimate accolade – Colossus, the world’s first electronic computer, designed at Bletchley Park to help break secret German codes in World War 2, is to be featured in the latest set of Royal Mail stamps. 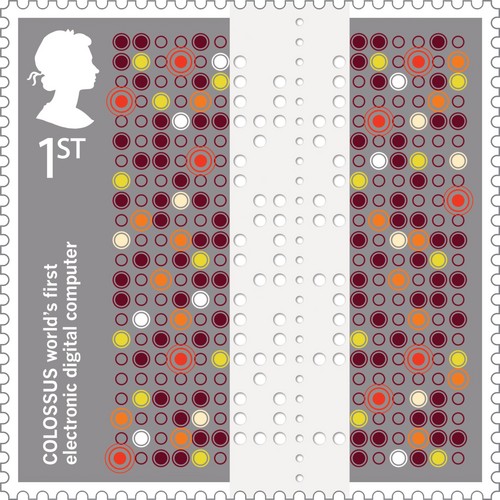 Royal Mail has, presumably, chosen to ignore the irony of the fact that Colossus set in motion years of technological innovation that led to the creation of email, which has in turn threatened the very existence of the snail mail postal service.

Or perhaps the timing of the launch is instead a tribute to the key to Royal Mail’s recent resurgence – the overwhelming success of online shopping in the UK which means demand for parcel post is going through the roof.

Although, as the stamp design above demonstrates, perhaps Royal Mail is having the last laugh after all, with its incredibly bland image of colourful paper tape code despite the many images of the rebuilt Colossus now housed at the National Museum of Computing. So, to that end, and exploiting the full and extensive Microsoft Paint talents at Downtime, here’s our attempt to show how it might have been done better. Place your orders with Downtime through our usual channels: 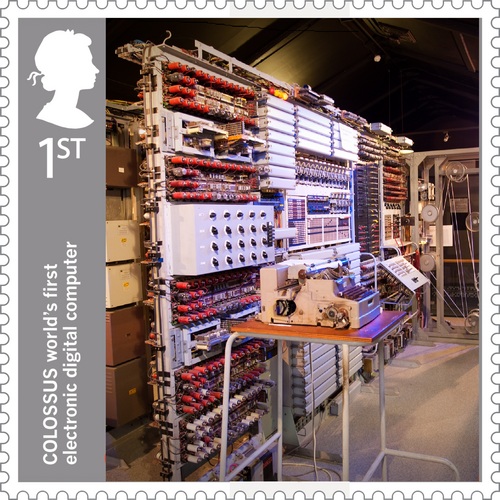