The resignation of Pope Benedict XVI was inevitable once he signed up to Twitter. He must have said something he shouldn’t or failed to impress his boss due to the lack of Tweets.

He has clearly gone the same way as Habitat. Preach all your marketing rubbish on Twitter and you are doomed.

But to his credit it’s not exactly bloody easy to make things like Lent and Jesus and all that religious stuff interesting is it? I mean it’s not exactly networking or public sector IT is it? 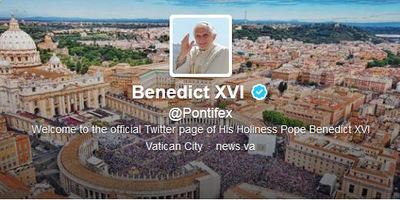