Google embodied the best of the dot com era in so many ways – but was also responsible for unleashing upon an unsuspecting business world the whole concept of beanbags, pool tables and polka dot walls as essential 21st century office accessories.

Never one to rest on its laurels, the search firm is opening a new London office that takes beanbags to 2.0 and beyond.

According to the press release from interior design firm Penson, the new office near Covent Garden will include such post-PC era accoutrements as a dance studio, a secret garden, a grannies flat, and a “lala library” (we have no idea…)

The office will bring “a big splash of light-hearted quirkiness” with features such as “the bespoke submarine-type ‘noise-tight’ doors with ‘Do Not Turn to Open’,”

But what about the ninth-floor allotments? Has Google turned to Alan Titchmarsh to inspire its new strategy? According to the press release: “Googlers have put their name onto a waiting list to get their allotment. Rules are rules, so if someone doesn’t maintain their allotment they will be removed and the next person on the waiting list gets their chance. It’s brilliant using root vegetables and herbs as a past-time at work whilst aiding internal collaboration. Who will win this year’s largest marrow contest we wonder?”

I bet you all look round your office wondering who has the biggest marrow. We at Downtime do little else.

And after you’ve used the dance studio – we are swing dancing now as we write this – you can freshen up in a shower “painted in an incredible illuminous orange paint that whacks you with a slap of energy.”

As Penson itself puts it: “No one has yet come up with a single word that sums it up.”

We know we haven’t. Take a look at the pictures of the office, and then perhaps you can suggest one, dear reader… 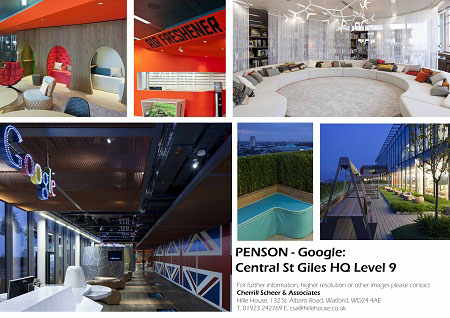 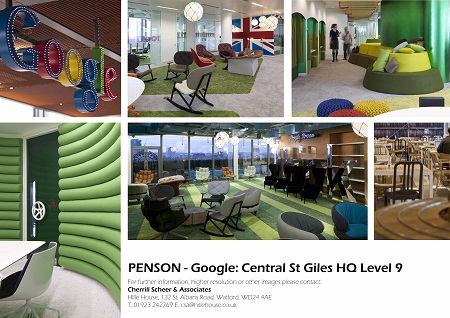