My mum just popped in on her way back from a walk into Carshalton to snow-spot, bringing with her these snaps of snow-scenes in Carshalton, south London. The sledging shot from Carshalton Park reminds me of Brueghel’s snowy Census and of Lowry‘s Manchester pictures too…. 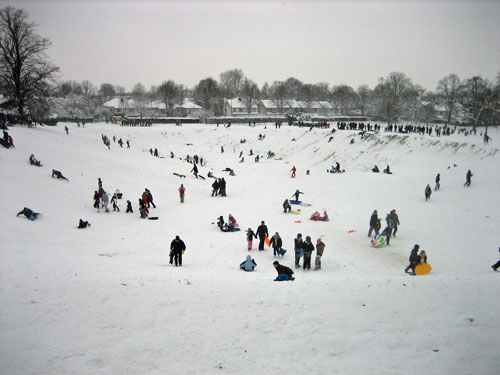 A lot of the kids out and about have probably never had the chance to go sledging before, which might explain some of the more novel sleds in use – road signs and estate agents’ boards included, apparently…! (Well, I guess the economic climate has put paid to the usefulness of the last, at least!)

Meanwhile, in the animal kingdom, the geese on Carshalton ponds have been joined by crowds of urban seagulls on the beg for bread… 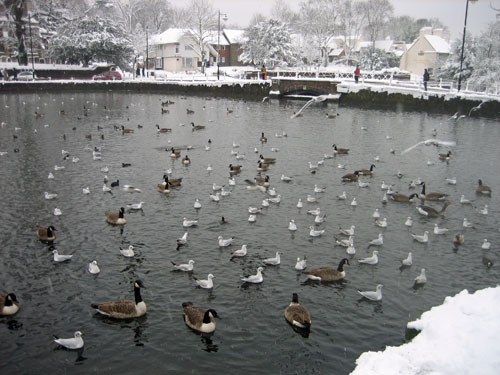 Back to some real work now! (Perhaps there’s a disadvantage to having a job that can be done effectively from home after all – there’s no excuse to just go play in the snow with the rest of the borough if you’re able to get your job done without leaving the house!)

Netpros - 9 Nov 2009 9:54 AM
We see these birds everday, and looking for repeat scene of last year snow as winter is here now.