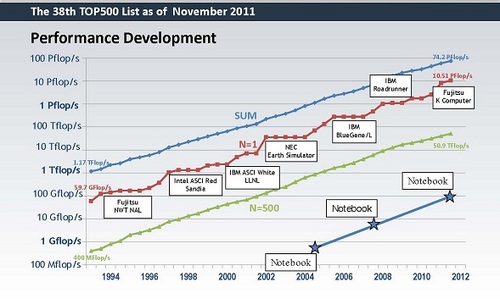 The speed of high performance computers is growing at an exponential rate. Within the next 7 years, the fast performing computers will reach exascale level, capable of processing a million trillion calculations per second. These computers will be powerful enough to simulate the human brain, predicts Professor Hans Werner Meuer,

co-founder of the Top500 list of supercomputer, who compiled the chart.