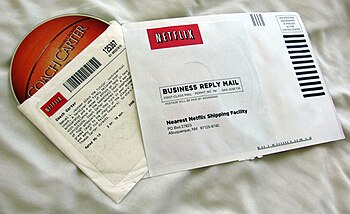 Looking at web companies such as Amazon, eBay, Facebook or NetFlix, it is hard not to be impressed by the scale of the operations they have achieved.

Few organisations can boast the size of their customer base. The speed with which they have gone from zero to world domination has to be admired.

At the heart of these organisation is IT. This is not the products IT decision-makers buy off the shelf from a preferred supplier. Web-scale IT – the level of performance and scalability the IT architecture web businesses achieve every day – goes beyond the capabilities of most large IT providers.

While the industry has done very well in finding existing business problems and building so-called solutions, it has been wholly inadequate at addressing the future problems people haven’t thought about yet.

And by doing business in ways no-one had previously considered, these web giants soar above those whose business models are limited by traditional thinking.

Unlike Nicholas Carr’s controversial Harvard Business Review essay – which questioned the relevancy of IT in business – we can learn from Amazon et al and accept that technology can make a difference. In fact, the way some organisations do IT is revolutionising the industry, to the extent that some of their innovations – such as MapReduce, the NoSQL technology originally invented by Google – is now accepted as a way of solving certain IT problems.

The Gartner report, Capacity and performance management form the basis of web-scale IT  which I covered in the Computer Weekly article on web-scale IT infrastructure- describes how eBay, Facebook and NetFlix achieve web scale computing using home-grown and open source tools. While many of the IT operations of these web giants are unfamiliar to most in mainstream IT, they give us an insight into how such organisations drive the business through their pioneering efforts.