On Saturday 27th of September at around noon I paid for an item eBay purchase I had just made using PayPal  “for instant payment”. The payment was indeed instantly debited from my bank current. The seller got one of those messages from PayPal warning that it would only release the funds after 21 days or when I, the buyer, had given positive feedback.

This was unacceptable for the seller I was dealing with. He emailed me and said that PayPal/eBay had not made these conditions clear when he put the item on the auction site. “It’s payment on buyer approval,” he told me.

I tried to assure him that you do indeed get paid, usually as soon as the buyer has received the payment and leaves the positive feedback. But he had a point and suggested either I leave feedback first (which he admitted was pretty ludicrous), or we cancel the transaction or I pay in cash. As I mentioned in my previous post, we agreed that cash was the best solution, and in fact, I am very pleased with my purchase.

However, it has meant that he needed to issue me a refund through PayPal. The seller refunded me at around 6pm on Saturday 27th, following our email correspondence. The amount showed up in my account with a message stating that because the payment had been made through an instant bank transfer it would take seven to nine days for the money to be available in my PayPal account.

That was on the 27th. The money was finally back in my PayPal account, on the 9th October, 12 days after I had been refunded (eight working days). It is now going to take a further five working days before the money gets to my bank. 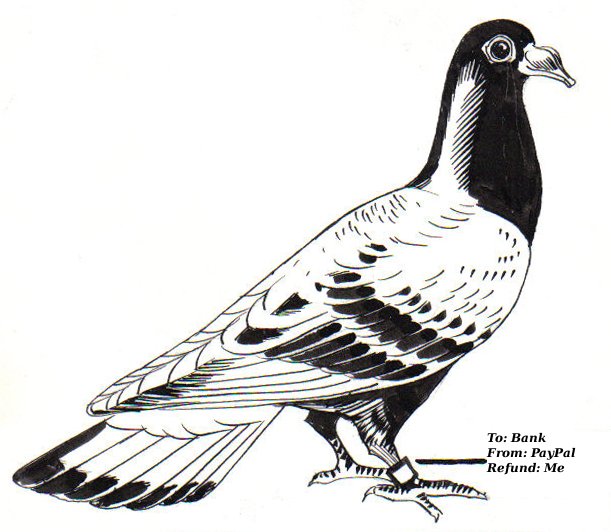 My bank account should be credited with the refund on October 16 (ie five working days from October 10th ). Let’s think about this – it’s taken PayPal over 18 days since the refund was issued by the seller. Is that acceptable in this age of electronic banking and instant bank transfer? Let’s face it, the refund could have arrived quicker if it was sent by carrier pigeon.