Latest Blog Posts
Related Content
BlogRoll
Latest News
Download Computer Weekly
This BBC documentary is well worth watching, if you are interested in the story of the men behind Colossus, the world’s first semi-programmable computer, Narrated by Keely Hawes, Code-Breakers: Bletchley Park’s Lost Heroes tells the story of Bill Tutte and Tommy Flowers and their role in helping the Alllies win World War 2. Unlike their more famous colleague, Alan Turing, Tutte and Flowers’ work was kept secret for decades 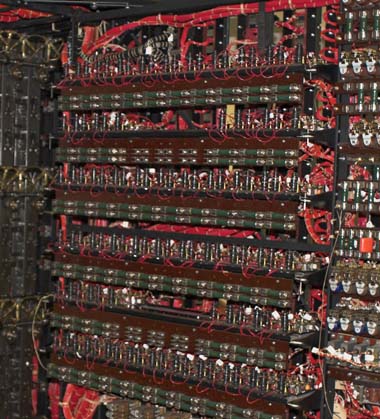 Tutte was the mathematician who unlocked the secrets of Lorenz,a machine which Hitler’s generals used to encode radio messages to co-ordinate the Nazis war strategy.  Flowers was the Post Office engineer, who realised that the decoding could be automated, and designed the world’s first computer, Colossus, which was used to crack the code, which played a key role in the Allies’ war effort, culminating in the D-Day landings.
Colossus has been rebuilt at The National Museum of Computing, Bletchley Park.
The programme will be repeated on Saturday October 30 at 8:40pm, and can be downloaded from BBC iPlayer here >>
SearchCIO
SearchSecurity
SearchNetworking
SearchDataCenter
SearchDataManagement
Close