So Windows 8 has someone tentatively arrived with many challenges for both IT managers and… also, challenges for software application developers ahead.

One certainty that we can draw from Redmond’s willingness to move to the new computing paradigms of touch, mobile-first and geo-location aware search-centric applications is that the old computing standards (at the consumer level at least) may now be dying off.

But what are the old standards?

… and this means of course that it has been “radically altered” to make it more suitable for touch-screen devices including tablets and smartphones.

Research director for consumer mobile at IDC John Delaney suggests that now, Microsoft aims to ride an anticipated wave of demand for computers with touch screens.

“Two decades ago, Microsoft risked heading towards marginalisation in the PC OS market, with its belated and initially rather tentative response to the transition in the hardware market from keyboard/command-line driven machines, to those based on the WIMP (windows/icon/mouse/pointer) paradigm.”

“This time it seems that Microsoft is moving to anticipate, rather than react to, what it expects to be the next major transition in the hardware market: a migration to machines with touch screens,” said Delaney.

So is the WIMP model now dead?

Not really. But in terms of developer steer for the months and years ahead, a migration is underway that can not be ignored. 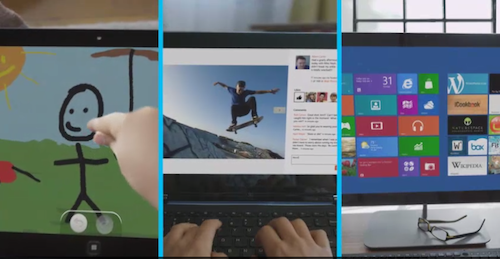