Swift is a popular term, name, noun and thing.

Quite apart from SWIFT as a type of Suzuki Jeep, a bird, an alternative metal band from North Carolina and an Australian netball team — swift crops up in technology circles several times.

Designed for Cocoa (the native API for the OS X operating system) and Cocoa Touch (the user interface framework for Apple’s own iOS operating system), Swift enjoys syntax that is “concise yet expressive” (says Apple) and Swift code works side-by-side with Objective-C.

Swift has only been around since June, but it’s already ranking well on the

the July Tiobe Index and the PyPL Popularity of Programming Language index.

While these indices are not always regarded as accurate tabulations of real programmer interest, the world developer community has shown particularly close interest in this Apple-originated product.

Tiobe managing director Paul Jansen has pointed out that Google’s Go language also ranked highly when first released, but has dropped off considerably since launch.

Apple says that Swift was built to be fast using the high-performance LLVM compiler — Swift code is transformed into optimised native code, tuned to get the most out of Mac, iPhone, and iPad hardware.

According to Apple, “The syntax and standard library have also been tuned to make the most obvious way to write your code also perform the best. Swift is a successor to the C and Objective-C languages. It includes low-level primitives such as types, flow control, and operators. It also provides object-oriented features such as classes, protocols, and generics, giving Cocoa and Cocoa Touch developers the performance and power they demand.”

Your next generation of iPhone and iPad apps will all be written in Swift, eventually. 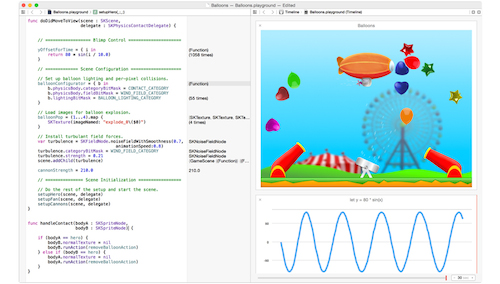