Software application developers don’t always get it right. Project skew can take a product off in one direction or another and it can be hard to get it back on track.

User requirements can filter through to the programming team and be misinterpreted, or worse still, ignored. 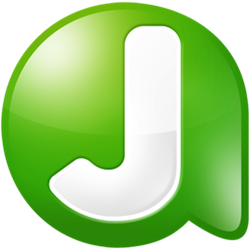 Even worse, software applications can be developed in ways that none of the users wanted in the first place.

Much has been written on how Tweetdeck was “ruined” subsequent to Twitter’s purchase of the social media desktop client. Mostly its all about how we can control columns, Tweets themselves and perform the various ancillary actions that we have all come to know and love with Twitter as a platform.

There are other apps we could turn to of course, Hootsuite is popular, as is Seesmic and Twitteriffic and a few other lesser known names such as TweetCaster.

Janetter is extremely functional and does many of the things that you want Tweetdeck to still do (like be able to drag photos straight from the desktop), but it doesn’t do everything well (like update you properly on who has just followed you) and here’s the point…

… when the application programmers just can’t get it quite right in any one place, then you need to run two applications of the same genre in the same place at the same time in order to get all the functionality you need.

It’s a bit like putting a tea bag in with your coffee as neither product satisfies on its own.

Tweetdeck has an incredibly annoying centralised input dialogue box for you to enter your Tweets into. This infuriatingly annoying function is apparently “not as important as other functionality needs to fix” — I spoke to a Twitter developer on DM (direct message) who shall remain nameless. 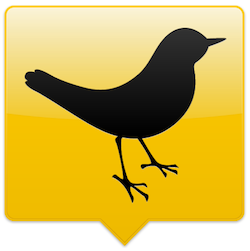 Janetter pops the input box sensibly up at the top of the screen so you can still see what is going on, but its DM functions are sloppy by comparison to Tweetdeck and the user can’t simply slide the DM panel in and out (which you can do on Tweetdeck) — and some users won’t like the auto-flag that pops up on your desktop dock to tell you that have a new DM.

You can move some of the functionality around between the two apps using “Preferences” … but not to the degree that you can rest happy with just the one app i.e. it’s actually easier to run the two one of top of the other and periodically switch between the two.

Would we find a perfect Twitter client developed as some fabulous bionic hybrid beast if the Tweetdeck and Janetter development teams were to merge?

After all, Windows 8 changed itself after getting the idea that tablets and touch would be popular — now where do you suppose Microsoft got that idea?