Cloud computing has a problem. The problem is that people, companies, programmers and (god forbid) bloggers and technology journalists all talk about it an awful lot. With issues such as security and migration challenges to discuss, we pretty much have an endless stream of material to debate over.

The problem (it seems to me) is that we’re all spending so much time talking about the here and now of making cloud computing happen, that we’re not looking to the future.

Distant futures for the cloud may bring many things and mega malicious cloud-networked malware could be one of them. Personally I think there will always be a lot of ‘data exchange’ challenges, as mobile devices are deployed for corporate use and so need secure synchronisation channels. More positively, we might start talking about Rapid Application Development (RAD) for the cloud.

The logic here is as follows: as we learn to fully embrace cloud computing methodologies, the movement to rapid application development to adapt to fast-changing commercial market needs increases.

Now there are a few (i.e. not that many) of approaches out there designed to deliver RAD in the cloud and Tibco and SAP come up as prime suspects in this area. I’m going to pick Israeli outfit Magic Software whose uniPaaS product is not a programming language, or even a software platform – it is an application platform. 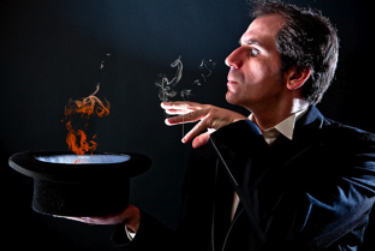 Designed to eliminate low level coding processes, Magic says that its application development tool provides business applications with optimised business logic and processes. This pre-compiled functionality, or essentially, pre-written code, can also be called ‘metadata‘. The theory is that this will allow developers to concentrate more heavily on the business needs of their rapidly developed software rather than spending too much time worrying about the mechanics of already well-established software components.

According to Magic Software, “Using the uniPaaS platform, it’s possible to develop both desktop and cloud applications such as RIA, SaaS and mobile applications using a single development and deployment environment. The same skill-set the developer uses to build desktop applications can now also be used to build a modern cloud offering.”

Gartner recently predicted that only 20% of business applications will be off-premise (i.e. in the cloud) by 2013. The list of challenges ahead in terms of scalability, integration, asset management, security and other core technology considerations is immense.

So we may be ready for RAD in the cloud, but let’s not run before we can walk right?