Okta is an authentication layer for developers to implement at the app, service, device and user level.

GEEK QI NOTE: In meteorology, an okta is a unit of measurement used to describe the amount of cloud cover at any given location such as a weather station. Hence the name then i.e. the amount of Okta equates to the amount of technology ‘cover’ (in terms of security) a system is actually providing.

With a dedicated developer track at the event itself (and supporting blog), Okta’s programmer message is one that focuses on how to integrate custom web applications with Okta’s identity management and security APIs using best practices and established workflows.

CEO Todd McKinnon has already laid down his ‘vision’ for the firm’s Okta Identity Cloud. He insists that this technology has the potential to become the authentication layer for every app, service, device and person. He says that Okta Identity Cloud gives developers an easier and more secure way to manage user access to whatever they are building.

“Identity is a part of every digital experience, so investments at the developer level are critical. That’s why we’re dedicating two full days to developer training — workshops and collaboration around integrating custom web apps with our identity and security APIs — before the main event kicks off. We’re also hosting our first-ever AppDev track during Oktane, where we’ll provide insight into Okta’s product roadmap and host sessions on designing REST APIs and seamless registration experiences,” said Todd McKinnon, CEO and co-founder, Okta

It’s a busy time for Okta, in March this year the Computer Weekly Developer Network noticed that the firm had acquired Stormpath, a provider of identity management for applications and APIs.

The firm also made headlines last August when it announced a major partnership with Google — this news saw Okta become Google’s ‘preferred’ secure identity management layer for all work relating to Google Apps for enterprises.

So what of the event itself, what can we expect from Oktane 2017?

Last year the company claims to have welcomed over 2000 IT leaders, developers and cloud software vendors (ISVs) to its event — the 2017 event is clearly already bigger than that.

Oktane has two major keynotes, two super-sessions, 48 breakout sessions, 11 training labs and many hours of pre-conference training… the CWDN blog team will be there to cover it. 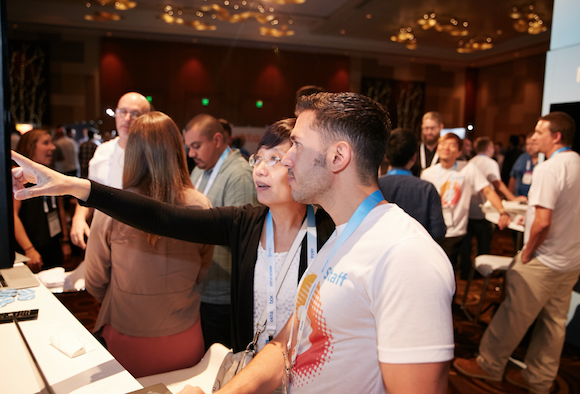