What is a cloud computing ‘storm’ — if such a term exists… and what are its implications for software application developers working in newly virtualised platform environments? 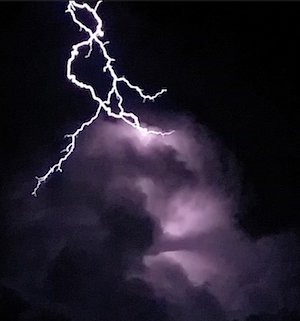 Also sometimes known as ‘boot storms’ or VDI boot storms, a storm is a degradation of service experienced when a large number of users boot up a cloud service inside a narrow time frame.

The effect of the storm is that the network becomes overwhelmed with data requests — and so, logically, performance naturally suffers.

According to TechTarget, storms are a problem because slow, unresponsive virtual desktops can make a VDI project unpopular with end users even though desktop performance is good the rest of the time.

Naturally then, the IT industry has been busy developing layers to help combat the effects of cloud computing storms.

According to the firm, even the best run cloud environments are hit by storms of all kinds such as storage, CPU, memory and boot storms, which cause contentions that cripple applications and disrupt end-user experiences.

“Xangati is moving closer to its long-term vision of an autonomic infrastructure management that delivers an automated way to stave off complex degrading conditions and v-storm contentions, in addition to end-to-end, closed-loop orchestrated visibility to real-time performance indicators,” said Atchison Frazer, VP of marketing at Xangati.