During the throws of a typical company merger there are (unsurprisingly) a large amount of board-level C-level (e.g. CEO, CIO etc.) executives called into attendance to ponder meeting minutes, eat the chocolate shortbread squares and drink copious amounts of coffee, water and various Taurine-based energy drinks.

There are (unsurprisingly again) not many developer and operations team members called into these meetings.

Tony Qui, partner in Ernst & Young’s operational transaction services division has suggested this week that IT and operational considerations are not always given adequate attention in planning and execution phases of mergers and acquisitions in his speech at the SAP Sapphire Now and TechEd conference.

Qui has referenced the firm’s recent survey of 220 C-suite and board level executives:

• 37% of the respondents felt operation and IT issues presented the most significant challenges post-transaction.

• 47% of those surveyed said that more detailed IT due diligence could have prevented value erosion.

“Our findings clearly show that technology needs to have a seat at the M&A table in order to deliver real value. Our survey found that only 50% of respondents said they typically involve IT in the transaction process – compared to nearly 80% who involved the finance department,” said Qui.

He continued, “The due diligence that must be conducted should focus on improving earning opportunities, and identifying key deal breakers to avoid unplanned investment. It’s about connecting IT issues to the strategic motivation for the deal. An integration blueprint and roadmap can be built and set to realistic, deliverable timeframes. Giving IT a seat at the table from the start of the process helps a deal move from integration to innovation.” 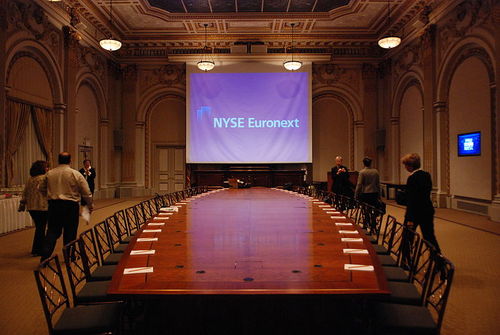 Jim Hoffman - 1 Dec 2012 10:39 AM
There is no doubt that IT and operations usually take a back seat to legal and financial considerations in a transaction. The survey cited in this article has some very compelling statistics. The IT Due Diligence Guide at http://www.ITDueDiligenceGuide.com is meant to assist in transactions where a dedicated IT consultant isn't taking part in due diligence, for whatever reason. A free IT due diligence checklist is available, as well as sample content from the book and an IT Due Diligence blog.
[-]

Adrian Henke - 11 Apr 2016 5:14 AM
The situation is almost pretty much the same. IT Due Diligence is clearly not the topic of choice for the consultants and decision makers. And if IT is considered then it is only perceived from a financial perspective without taking into account the technical aspects and digitalization opportunities in within the target company. Another hurdle are the IT Due Diligence products out there on the market that are oversized and are therefore of no use for smaller transactions. We built an automated and streamlined way of performing IT Due Diligence that properly fits the needs of investors and CIO's, see https://www.redflag-analysis.com/it-due-diligence/en