By Adam Seligman, VP of developer relations at salesforce.com 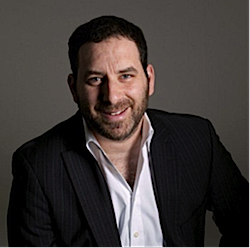 A few years ago, programming was dominated by people who were typified by their extreme focus and deep expertise in code and systems.

Frequently these guys (and gals) had computer science training and tons of rigorous study time to become an expert. After all, building applications was complex… and there were huge barriers to get the resulting applications into the hands of users, especially business users.

There were a million ideas for better ways to do things in business – but getting those ideas into software required deeply technical experience.

Fast forward to 2013, and everything you know about programming has changed.

New development frameworks have torn down the barriers to creating great applications, making it easier than ever. Sites such as CodeAcademy make it easy to learn Ruby and IFTTT even gives non-programmers the ability to learn the logic of coding. Lego Mindstorms, Arduino and Raspberry Pi bring kids into the “maker culture” today.

Everyone can be a developer – a maker.

How is democratisation of development impacting the world? First, anyone can take ideas and turn them into solutions faster than ever before. New tools and frameworks let anyone make apps, regardless of your background. Kids use Scratch and create interactive apps. Business people can create enterprise cloud apps without a professional programming background. Why spend your time on the basics – whether it’s installing tools or provisioning servers – when you can focus exclusively on bringing your great idea to life?

Programmers are seeing democratisation in action as well.

Over the last two decades, developers had a small set of programming languages and frameworks to choose from. Organisations tended to approve Java and C#, but not much else.

Now, modern languages and frameworks have evolved that offer radical advances and exciting new choices for programmers. Developers can now pick the frameworks and open source code most useful to their needs and business problem. Whether it’s Ruby, Python, or a JVM-based language like Scala, this variety of new tools allows every developer to pick the ones that work best for them, instead of settling on ones that will just make their jobs more complex.

It turns out this will have a huge competitive impact on business. Companies that focus on their customers, and the business cases that can best serve their customers, will win in the market. Whether it’s running a business process more efficiently, or putting great apps in the hands of customers, businesses that build the best apps, and regularly deliver innovation through them, will win.

So here’s a video of voices from some of these new developers that Seligman speaks of.