Tel-Aviv based development shop Typemock has polished up its automated unit testing solutions. 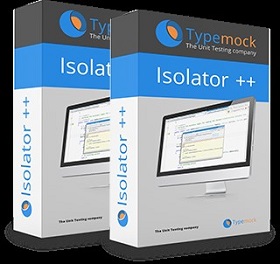 The firm has announced the release of Isolator++ Version 3.

The firm claims that Isolator++ is currently the only mocking framework with these capabilities.

C and C++ are used by approximately 6.3 million developers worldwide.

Combined they are used by 20% of developers – as many as by Java. C/C++ is most popular in industries like finance and banking because of its speed and performance.

The need for Unit Testing C/C++ is generally considered more urgent than other languages because every failure is magnified and can cause a system crash.

While other mocking frameworks are limited to code written with testing in mind, Isolator++ is the only framework that can mock any code written in Windows C/C++, including legacy code.

This capability is said to be critical for C/C++ code, which has been in use for decades and is mostly not test-oriented and where using virtual and pure methods of testing is not always feasible.

Isolator++ can test legacy code, without requiring developers to make any changes that complicate their code specifically for testing, such as adding extra macros, classes and members. Isolator++ uses patented isolation technology in order to change the behaviour of methods under test.

It also enables asserting method calls and parameters on dependencies when it is not possible to test for return values and/or state change. In addition, Isolator++ has the ability to handle C and C++ development paradigm, features, and common practices.

“The release of Isolator++ V3 is massive boost for C/C++ developers,” said Eli Lopian, the founder of Typemock.

“Companies in highly-regulated industries, such as finance, banking, and insurance, use software that was written in C/C++ specifically due to its performance and speed. The price for this performance is its fragility and so it must be tested, more so even than other languages. We have many requests from our customers who work with C and C++ to support various features and special cases. Their input was an invaluable help in designing the features for the release of Isolator++ V3, the leading framework of its kind”.