Digital networking and collaboration software company TeamViewer has reached the version 13 iteration of its central product.

In terms of basic function, TeamViewer is a software product designed to support the need for remote control, desktop sharing, online meetings, web conferencing and file transfer between computers.

With slightly more colour, the firm also describes itself as a player in the or IoT, connectivity, monitoring, support and collaboration markets.

The software application development team behind TeamViewer 13 have highlighted the new Instant Connect box at the top right corner of the new TeamViewer client, which lets supporters establish a remote connection wherever they move on the client.

The product also has a new Recent Connections list, which is supposed to help to resume recently closed connections quicker. This, insists the company is “particularly helpful” when a support job is put on hold and needs to be updated at a later point in time.

“Once more we took a step back to look through the eyes of our users. The result is TeamViewer 13, the best TeamViewer version ever,” said Kornelius Brunner, chief innovation officer at TeamViewer. “TeamViewer 13 is a gateway to tap into the future of remote support. It is statement that reflects the market’s and our user’s needs alike.”

A new Essential Asset Management function allows users to resolve certain issues without having to connect to a device.

According to TeamViewer, this feature provides “crucial information” about associated devices – such as device name, operating system and hardware specifications.

Essential Asset Management can be accessed via the web-based TeamViewer Management Console.

The extended device dashboard in TeamViewer is supposed to help users get a head start when resolving issues. This latest extension provides information that may be residing deep in a system – such as the BIOS version, disk health, battery state or the current uptime of a device. The extended dashboard also features a shortcut to open the event log.

Other recent news has seen TeamViewer issue an emergency bug patch to fix an issue which could potentially open a gateway for malicious hackers to get control of another user’s  PCs during in desktop sessions.

As reported here by Charlie Osbrone, “The vulnerability first came to light when Reddit user xpl0yt told other Redditors to ‘be careful’ after discovering the security flaw. The user linked to a Proof-of-Concept (PoC) example of an injectable C++ DLL which takes advantage of the bug to change TeamViewer permissions.”

Other core news emanating from TeamViewer sees the company note its implementation of Hardware Accelerated Scaling as a performance boost. This new feature uses the rendering power of CPU and GPU to allow for faster remote connections, reduced reaction time and a reduced load on the CPU.

“TeamViewer’s new Identity and Access Management feature enables centralised control of TeamViewer accounts in organisational groups. The feature provides an additional authentication factor and requires an identity provider that supports SAML 2.0. After the feature activation in the web-based management console, administrators activate or deactivate a TeamViewer account via the identity provider,” said the company, in a press statement.

As many organisations have a need to document what has and has not been done during a remote session, TeamViewer 13 will allow for enforced session recordings. This feature requires a corresponding policy to be set up in the web-based management console.

There’s open source goodness here too, TeamViewer runs on a range of platforms and operating systems. Upon the release of version 13, TeamViewer also announced the preview of a new native Linux client to be available shortly.

But probably the key differentiator here is the fact that this software includes the ability to access and control IoT devices from anywhere in the world. With the IoT growing at speed, the need to build software engineering with remote support elements (and functionality) within it has (arguably) never been greater. 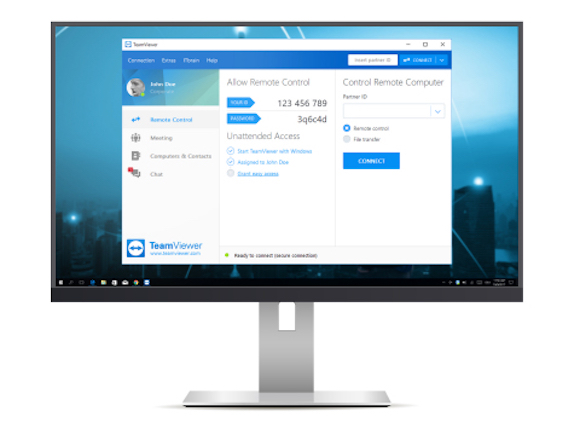