The TUCON TIBCO User Conference is staged this week in Las Vegas. As is customary at these customer-centric, developer, user and partner-friendly events, a nice case study presentation always goes down well during the opening keynote sessions.

As the self-styled “enterprise infrastructure” company, TIBCO’s customers appear to have (arguably) made big data analysis work sexier than most.

President and chief of operations for the Golden State Warriors Rick Welts described his team and “company’s” work to use big data to analyse player behaviour on court.

Welts said that his coaches wanted to know if a player scores most often after two bounces or the ball or one, or three — or at what minute of the game, or under what kind of defence and attack positions on the court and that this task required the interpretation of a massive amount of big data once the players’ moves were all digitised and fed into an analysis engine.

TIBCO founder and CEO Vivek Ranadivé (who now happens to own the basketball team) also plays a part in this story as he was profiled in Forbes magazine explaining how he couldn’t understand why, on defence, most teams retreated to defend their home basket — instead of pressing and challenging passes.

For non-basketball fans, the alternative is a tough defence, keeping the ball close as close as possible to the hoop where your team scores points.

“Applying data visualisation tools, intense analytics to study team performance and patterns of other players is just part of the ways Spotfire can make data into a competitive advantage. Seeing trends in shot selection, location of plays on the court or patterns of hits, misses, rebounds and other statistics can help the coaches select the right plays with the best chance of success,” writes David Wallace of the Spotfire Blogging Team.

NOTE: TIBCO Spotfire is a data discovery and analytics tool for what is described as “extreme” data volumes and “complex” analytical challenges. Spotfire 5.0 has this week been integrated with partner Teradata’s Enterprise Data Warehouse technology.

The big data story for the Golden State Warriors goes further. The team’s use of big data analysis will now move to tracking fans as they order their tickets as we move to a near future where paper ticketing is gone. 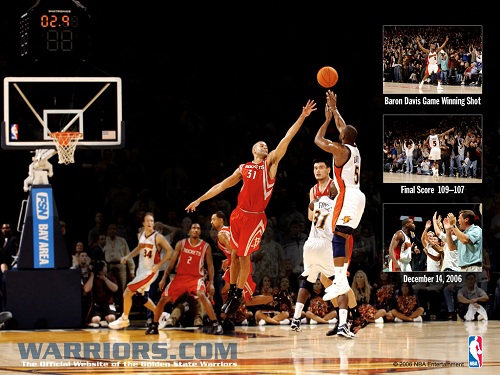