The new DevOps is more synthetic.

In terms of real world workflows, the new approach to developer-operations intersections comes from a world that is more malleable, more pliable and altogether more bendy by far.

DevOps: we have a problem 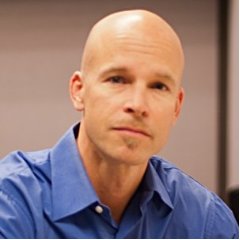 Rob Markovich is a networking technology executive at IT operations intelligence company Moogsoft.

Markovich has said that software application developers and IT Ops managers have agreed that while DevOps is speeding the software deployment process, it’s also becoming difficult to maintain service assurance — so we have a problem.

What he means is, as new code is being deployed, seeing how it might adversely impact other parts of software is becoming more tricky — especially when speed is of the essence and Continuous Delivery principles rule.

“IT support teams are recognising they must embrace new approaches in terms of how they operate as Agile DevOps practices help to speed the time it takes to develop and put new code into production. Gartner’s Will Cappelli refers to this era as ‘Mode 2’ and calls for a new generation of enterprise IT tools to support this pace of change,” said Markovich.

Markovich identifies five characteristics that consistently come up as he talks to enterprise IT shops about what is needed in from the next generation of DevOps tools.

The five principles of Synthetic DevOps

The new DevOps needs to be…

Data-driven – utilising the growing volume of data from throughout the IT stack and potentially other systems to layer intelligence on top of intelligence.

Self-learning – incorporates algorithms that “learn” and further hone themselves over time, lessening the need for manual re-tooling.

Anti-monolithic/proprietary (i.e. taking a fully open, modular approach) – easily integrated with other software and systems within the IT stack.

Automated – short-cutting operational process that previously was manually performed, e.g. discerning service-affecting situations out of clustered alerts, alerting the right personnel to come together and collaborate to remediate the problem.