We have speculated previously about that oft-overlooked software application development parameter: sound.

If sound is not the next (social media) killer app, then surely it could be the next killer application consideration. 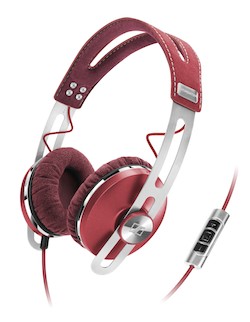 But why is sound such a poor cousin to these so-called ‘killer’ factors.

Here’s why this discussion comes to light…

I’ve been using an iPad, iPod and Xbox for a number of years with a well known brand of headphones from a company beginning with the letter B (rhymes with hose) and been happy enough.

But this weekend I switched to a pair of (and I’m happy to name them) Sennheiser Momentum On Ear Headphones Red and had something of an epiphany. The sound is so rich, deep and crystal clear that I was honestly taken aback.

Soundgarden has a free concert video on iTunes right now where the band plays the whole Superunknown album back to back. I literally sat at my desk and worked on Sunday just so I could sit there listening to the music.

If sound can be “that much better” with quality headphones (or speakers), they why isn’t it up there with TOUCH and GESTURE RECOGNITION as a killer app factor?

This brand from Sennheiseris powered by 18Ω proprietary transducers, which use (says the company) technology from the high-end headphone sector in order to deliver full stereo sound with (and this is the important bit) “extraordinary rendition of detail” for the listener.

Why then isn’t sound detail rendition more openly discussed and/or targeted as an application development objective?

Yes obviously you can make sound quality as wonderful as possible but if the listener uses a pair of cheap earphones or speakers from a Christmas cracker then it won’t matter anyway, so factor should be down to the device manufacturers to start championing anyway.

Some years back now, Sennheiser Communications announced that it had joined the Cisco Developer Network in the Unified Communications technology category — so it is now out of the realm of firms like the German audio company to get involved at this level.