The Computer Weekly Developer Network attended Percona Live 2022 in Austin, Texas from May 16-18.

The focus at this year’s show leaned towards how developers (and their DBA and data scientist counterparts) can learn about open source database technology and how it can power applications, improve websites, secure data and solve critical database issues.

As we have noted before in Percona news analysis, database growth is continuing apace and the lion’s share of organisations are seeing their database footprint grow – a recent Percona survey saw some 12% of organisations say that the volume of data they held has doubled (or more) over the last twelve months.

Peter Zaitsev, CEO at Percona took over the main stage presentation at this year’s conference… once again looking to examine the wider state of open source in data as is customary for his thoughtful introductory sessions.

Noting that the wider adoption of the cloud model is a little higher in the US than in many other parts of the world… Zaitsev pointed to the undeniable impact of the cloud itself, saying that its penetration affects how open source is developed and how platforms at large work, operate and evolve.

Thinking about how developers might have looked to build commercial software on top of open source platforms over the years, Zaitsev suggested that more ‘permissive licences’ have emerged over the years. In this regard, open source is often NOT the core business model itself of companies looking to adopt these technologies – it may be a development model and even (to an extent) an operational model, but it is not a core business model.

If we think about how ‘big bad Oracle’ was supposed to kill off MySQL, it in fact didn’t, he said… but some licence changes have happened across various platforms throughout the years.

“DataBase-as-a-Service (DBaaS) is the easiest way to deploy a database. It is always really helpful because it allows developers to focus on productivity and building applications as productively and efficiently as possible,” said Zaitsev.

But as good as DBaaS is today and as wonderful as the cloud is as an attractive functional cost-effective implementation layer, we need to remember that almost every technology starts on a growth trajectory that may be slow to start with.

AWS and other cloud vendors have come out of a history that took a while to get started suggested Zaitsev. If we now look at the work of the Cloud Native Computing Foundation (CNCF), we can see where technologies are now reaching their critical mass and really enjoying adoption.

“You can think about Percona as a company that is ‘riding the open source experiment’ that has seen Percona insist on being truly open source for what is now 15-years. We are now growing pretty well as a company – and Percona have never raised any venture capital (VC), so we need to always work to be able to provide sustainable business. We are focused on customers and our database community first and foremost, but I also have to say that we are focused on open source for real,” said Zaitsev.

Finalising, Zaitsev said that he wants to provide both ‘value and love’ to the Percona community and its customers – if that was a slip of language (English is not his first) and was not in fact intended, it was a nice thing to say. 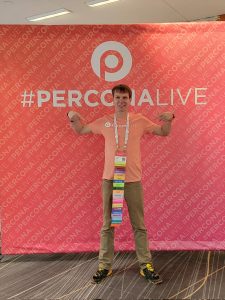 Looking ahead… the Percona team now promises to focus on performance & optimisation as well as public, private and hybrid cloud and everything in between. Forward technology mission also includes a dedication to how data-developers will build large, scalable secure database deployments and focus on how to reduce costs and complexity with open source software (OSS) databases.

New product announcements from the company include some fairly heavyweight new items falling inside the Percona Platform brand, one being Percona Portal.

This enables access to all Percona services and product expertise through one unified online portal, covering multiple databases with enterprise-level features including backup, security, management and optimization.

Other product updates include Percona Monitoring and Management (PMM) – a database management product that is fully open source itself, allowing developers and DBAs to streamline their management tasks across multiple platforms from one place.

A new range of ‘advisors’ from Percona provides automated insights that ensure user databases are performing at their best, including security management, configuration and performance improvements. These advisors (essentially a form of scripted automation we might otherwise call a system-level bot of sorts) provide automated insights within Percona Monitoring and Management (PMM) to ensure a database performs at its best. Constantly evolving with technology and user feedback,

It will also support the same approach for MongoDB. This enables users to easily provision and manage database instances on a self-service basis across development and testing instances, all designed to improving the experience for developers. 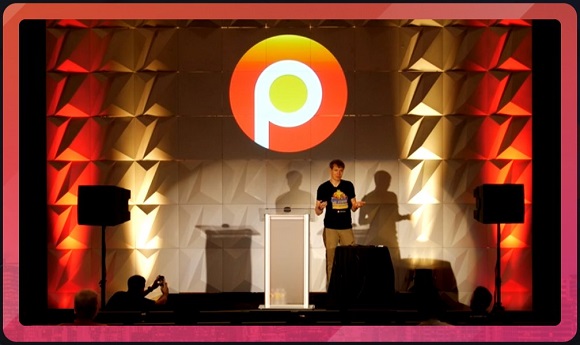