Hyperconverged enterprise cloud company Nutanix holds the French leg of its .NEXT conference series this week on the balmy shores of the Riveria down in Nice… so what do we need to keep in mind as the festivities (and keynotes and breakout sessions) commence?

Some of the bigger news items this year saw the firm cement a new relationship with search (and now cloud) giant Google.

If you’re a Google Cloud Platform (GCP) cloud customer and also a convert to the Nutanix Acropolis Hypervisor… then that’s okay.

That’s because joint Nutanix-Google customers are now able to deploy and manage both cloud-based and traditional enterprise applications as a unified public cloud service, while blending the Nutanix environment with Google Cloud Platform (GCP).

Other tasty morsels at the show, inevitably, gravitate towards the Nutanix vs. VMware discussion. Initially billing itself (a couple of years ago) as ‘the VMware killer’, Nutanix makes much of its supposed superiority saying that legacy hypervisors were designed for a world of monolithic non VM-aware storage arrays and switch fabrics and were built to accommodate thousands of combinations of servers, NICs and drivers.

These ‘legacy hypervisors’ require multi-pathing policies and complex designs to mitigate issues such as storage congestion and application resource contention while still accommodating both high availability and scalability.

Here’s the Nutanix key summary on its own approach to hypervisor technology, “Nutanix’s AHV Hypervisor was built from the ground up to provide a much simpler and more scalable hypervisor and associated management platform by leveraging the software intelligence of the hyperconverged architecture. AHV changes the core building block of the virtualised datacenter from hypervisor to [software] application and liberates virtualisation from the domain of specialists – making it simple and easily manageable by anyone from DevOps teams to DBAs.”

Nutanix also rests a big part of its play on Prism, its management interface.

Prism is supposed to provide a single view to manage an entire infrastructure stack whether in a single datacentre or spread throughout datacentres and offices. Deploying, cloning and protecting (DR) VMs is done holistically as part of the hyperconverged architecture rather than utilising disparate products and policies.

As we have said before when looking at the Nutanix Enterprise Cloud OS, the firm wants all public, private and hybrid clouds to look like one single fabric. Nutanix wants to be THE cloud platform, the Windows, the Android, the one single OS that can provide a truly homogenised operations fabric.

Other key product areas include Nutanix Calm (the firm’s DevOps, abstraction and software operations control offering) and the Nutanix performance analysis tool X-Ray — plus also Nutanix Xi Cloud Services, which allow users to provision and consume Nutanix infrastructure on demand as a native extension of the enterprise datacenter.

Recent news includes updates to the Nutanix Acropolis File Services (AFS) software, a product which  is intended to streamline IT operations by ‘natively converging’ virtual machines and file storage into a single computing platform.

The firm has engineered its Nutanix Enterprise Cloud OS architecture to provide ‘portfolio’ services for cloud applications. The term is used to express the creation of application building blocks that can access on-demand compute resources.

This means that cloud apps can get hold of elastic storage services for block and file-based data and, ultimately, that IT managers could use these tools to build and operate enterprise datacentres that rival public clouds. Theoretically, at least, this is how it is supposed to work.

“AFS software gives customers a public cloud experience, but with the security and control of a private cloud deployment,” said Sunil Potti, chief product and development officer at Nutanix.

So it’s all about a single means of controlling use of cloud computing in highly distributed multi-cloud environments while using software to get a public cloud experience, but with the security and control of a private cloud deployment.

As Peter High details on Forbes, this is the shape of CEO Dheeraj Pandey’s view for the operating system of the future.

“In the multi-cloud era, data and applications are dispersed not just across enterprise private and public clouds, but also distributed remote office/branch office (ROBO) and disaster recovery (DR) environments, as well as edge computing use cases. Today’s enterprises want to build these diverse deployment options into their end-to-end cloud designs, without disjointed IT operations or lock-in to any one virtualisation or cloud stack,” wrote High.

The total technology proposition here is then… a single software OS that unifies multiple clouds – across the full compute, storage and network stack –  with simple operations and common IT tooling, enabling application mobility across clouds, while remaining open to any hardware, hypervisor, or cloud.

Looking forward, we know that Nutanix is going to talk more and more about the mechanics of how hybrid cloud functionality can be brought to bear inside its customers’ installations.

We know that making hybrid ‘just happen’ is difficult because it’s a question of converging clouds, converging operating systems, converging runtimes, converging user interfaces (and management interfaces) and converging data processing allocation among converged system resources… this, it appears, could be the next enterprise software headache that Nutanix is aiming to provide an solution for. 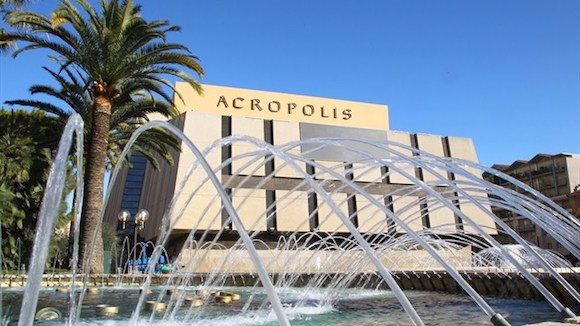