Late this evening we are hearing news of the first developer platform preview of Internet Explorer 10 coming out of MIX 2011, Microsoft’s annual web designer and developer conference, which is taking place in Las Vegas this week.

The company is already keen to engage developers in the drive to popularise its next browser — and says it will announce new builds for the platform roughly every 12 weeks at this stage.

The Internet Explorer ‘platform preview’ is available at the Microsoft TestDrive site here http://ie.microsoft.com/testdrive/ and is expected to ship with Windows 8 if and when it meets its development deadlines in 2012.

The following preview images and captions are courtesy of the Microsoft Press Pass resource. 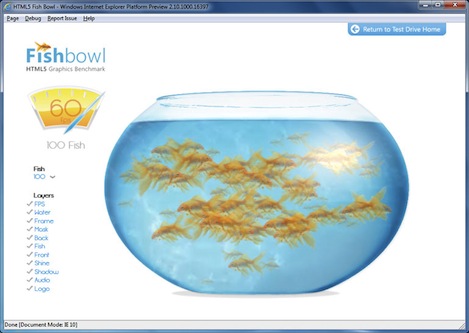 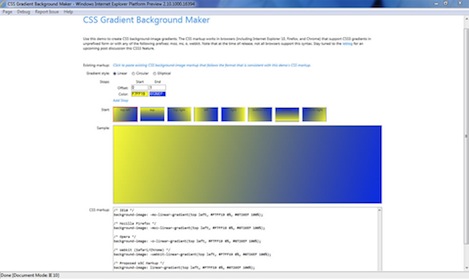