Microsoft used to charter a small Boeing and fly staff and journalists out en masse to attend its PDC developer conference. But that was before the days of the so-called global economic slowdown and the ensuing austerity that it has brought with it.

For PDC 2010, Microsoft even used its own Redmond campus to cut down the exhibition halls fees. Perhaps the Windows Phone 7 revenues haven’t quite filtered through the system yet then?

Regardless – PDC 10 (as it was known) featured a heavy focus on the Windows Azure cloud services operating system with developers being offered the opportunity to try out a number of enhancement Betas and Community Technology Previews (CTPs). 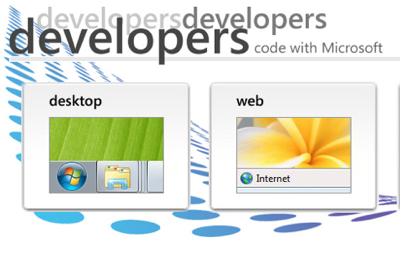 Microsoft says that these latest enhancements are designed to make it easier for customers to run existing Windows applications on the Windows Azure cloud. The company is also aiming to position Azure as a more affordable platform and improve the Windows Azure developer experience.

Tucked away inside one of the MSDN FAQs the latest enhancements are detailed in full, “The (new) features include the Virtual Machine role; Virtual Network; elevated privileges for Web and Worker role; full IIS support; support for Windows Server 2008 R2 in the web, worker and VM role; the Windows Azure Marketplace and an improved developer and operator experience.  ”