Mainframe DevOps isn’t really a thing, is it? 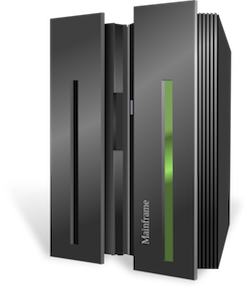 As we know… if your DevOps capability toolset doesn’t include quantifiable tasks metrics and call stack analysis technology, then it’s probably spin, puff and fluff.

Compuware thinks Mainframe DevOps (ManDops, perhaps?) does exist and has spun the use of this term out to coincide with the release of this year’s fourth major release of its Topaz software.

This visibility makes it easier for developers to understand, modify and troubleshoot complex and/or poorly documented mainframe code.

Hmmm, that actually does sound like a process-centric runtime-level piece of operational analysis/management technology — it’s almost like DevOps for the mainframe.

According to Compuware, “Without Topaz RV, discovering and understanding the calls mainframe programs make to other applications and databases during runtime can be an extremely slow, difficult and error-prone process — especially for inexperienced mainframe developers faced with applications that may have little or no documentation.”

With Topaz RV developers can generate an intuitive map of the external calls a program executes during any specified runtime minutes, without the need to refer to source code.

Topaz RV enables developers to drill down into a program’s external calls to see how often programs call each other during a runtime and/or the specific datasets a program accesses at each point in its execution.

“Topaz RV is an ideal complement to traditional source-code parsing, which itemizes all out-of-program calls written into an application’s code. By discovering and mapping only the program-to-program calls that actually occur during a live runtime of any developer-specified task–such as placing an order or running a monthly report–Topaz RV gives developers a clear and accurate ‘snapshot’ of a program’s real behaviour in the production environment under present conditions,” said the company, in a press statement.

The firm insists that this release removes impediments that have historically prevented enterprises from reaping the full potential value of their mainframe applications, data and hardware.