Appirio (sounds like a fruit-based drink more than a software company to me) is the company behind this new product.

“Unlike web apps that just ‘happen’ to run on mobile devices, mobile cloud apps give companies a better way to centralise the control and the maintenance of apps while taking advantage of the features, performance and offline capabilities that only native apps offer,” said Narinder Singh, chief strategy officer at Appirio. 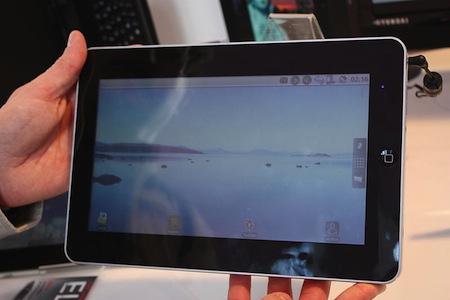 Logically focused on Customer Relationship Management applications due to its Salesforce.com underpinnings, the company also asserts that its new offering enables iOS apps to be updated in real-time, in the field without needing to redeploy.

Appirio says it has already built templates for field surveys and location-based services, as well as time and activity tracking functions.

The moral of this story? Working professionals in all fields will increasingly be seen using tablet PCs, toughbooks and other mobile devices to perform customer-centric tasks.

OK yes, British Gas engineers already turn up with toughbooks and DHL use nice mobile handhelds too. But their systems generally just log back to base. Will the next generation of mobile (often embedded) software have a much more customer centric flavour?