The Computer Weekly Developer Network newsdesk is used to seeing newsfeed stories with dateline and locations such as London, San Francisco, San Jose and New York… we’re even used to seeing Barcelona, Berlin and Paris.

What we’re not used to seeing is Vodnjan, Istria, Croatia.

This is where cloud communications company, Infobip locates itself.

Tough to pronounce out loud without adding an L, Infobip insists that it will put developers front & centre of its company strategy with the acquisition of Shift Conference, according to founder and CEO Ivan Burazin, who himself is now shifting to become chief developer experience officer (CDxO) at Infobip.

Following the acquisition, Burazin will sit on the board of Infobip as CDxO and will head up Infobip’s new Developer Experience department.

“Infobip is on a growth trajectory to expand rapidly into the B2C vertical, or more specifically, the Business-to-Developer (B2D) space. Having Ivan on board with his experience as the founder of Codeanywhere, a B2D SaaS company, and creator of Shift , the largest developer conference in the region, will be an asset to us going forward,” said Infobip CEO Silvio Kutić.

Along with creating global developer conferences, the department will be addressing the B2C market by conducting outreach to developers through teams of developer advocates and new startup outreach programs.

The department will also offer various initiatives to empower internal Infobip developers, such as content creation seminars, open source time and opportunities for developers that want to embrace a public-facing role.

“Coming from a developer background myself, I understand the frustrations many developers face on a day-to-basis. While a lot of businesses may create solutions for developers, it appears that many often overlook the importance of the actual developer experience (DX). At Infobip we’re determined to build on our developer-centric mindset and ensure that the DX continuously improves,” said Ivan Burazin, Shift founder and CEO, and new CDxO at Infobip

Burazin says he is also passionate about strengthening Croatia’s connection to the world of software developers.

Over the past decade Shift has established itself as a developer event in South East Europe – producing conferences that focus on developer, fintech and Artificial Intelligence. Following the acquisition, Infobip will provide the resources for Shift to expand globally, first to the US and then in the coming years to Latin America and South East Asia.

“We’re determined to turn Shift into the one of the largest developer conferences in the world. We have ambitious plans to expand globally and now with the backing of a Unicorn and the freedom to work independently, we have the means to turn that vision into reality” said Burazin.

Shift Conference is due to take place on the 7th and 8th September 2021, bringing together what is hoped to be more than 3,000 attendees from across the globe… so visit https://dev.shiftconf.co/ for more information. 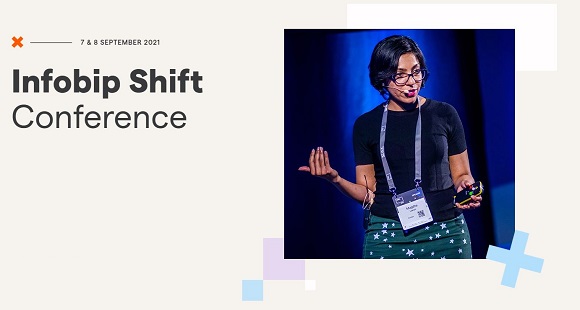