Embedded software application development could be a significantly increasing trend for 2012 and onward if IBM’s latest thinking is borne out in tangible product development.

This is the upshot of IBM’s latest moves to produce what could effectively be a whole new Internet – or the “Internet of Things” as it is known. One made up of data and intercommunication exchanges between digitally empowered devices from fridges and toasters to cars, electronically intelligent sports clothing and plant pots.

So how will Big Blue do the do?

For a start, the company recently joined forces with Italian hardware architecture specialist Eurotech to donate a complete draft protocol for what it describes as a “asynchronous inter-device communication” to the Eclipse Foundation.

So just how many “connected devices” might we expect to see?

Estimates have hovered around truly massive predictions in the range of 24 billion electronically enabled machines (with Internet connectivity) by 2020.

This is where we start seeing RFID tags on cartons of milk that tell the fridge when they are out of date. The fridge then communicates with the “Household Shopping” application and this subsequently emails the user’s PDA with a shopping list and so on… 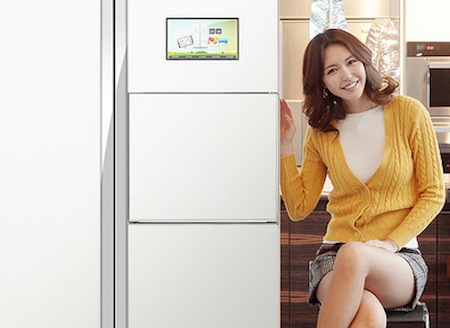 How far do the possibilities extend here? RFID tags on earrings seems to be about the most off the wall application so far.

As part of this news, IBM is releasing Java and C versions of its MQTT technology as an open sourced Eclipse release under the codename Paho.

As RedMonk analyst James Governor points out, the MQTT spec was actually already available, but pushing it forward to a fully blown open source release is a whole different ball game.

Governer writes, “IBM contributes plenty of code to projects like the Apache web server and Linux. But in many respects I see this latest drop as IBM’s most significant since it open sourced Eclipse ten years ago. Why? Because the Eclipse Public License is designed to support derivative works and embedding, while the Eclipse Foundation can provide the stewardship of same. One of the main reasons Eclipse has been so successful is that rather than separate software from specification it brings them together – in freely available open source code – while still allowing for proprietary extensions which vendors can sell.”

So you’ve never heard of the MQTT until today?

Well, this is the protocol used by Facebook to drive its chat/messenger service and if IBM’s best intentions for these technologies evolve healthily, then you might be rebooting your microwave oven before you know it.