IBM has launched a new cloud marketplace to coalesce its own portfolio of cloud services (and those of third-party providers) and provide a developer-facing ecosystem.

IBM claims that today, there is a US$250 billion cloud market opportunity.

So what is IBM opening up here?

Well, Big Blue says that the its marketplace is a doorway to IBM’s Bluemix Platform-as-a-Service with composable services, the SoftLayer Infrastructure-as-a-Service and third party cloud services.

But isn’t IBM a little late to the ‘marketplace’ table though?

He stresses that although other marketplaces do exist from the likes of Apple, Amazon and BlackBerry etc. that these offerings are essentially consumer-level services aimed at proving “apps rather than enterprise tools” — and, moreover, IBM’s marketplace is essentially developer focused.

What has IBM been doing with cloud?

The company reminds us that with the acquisition of SoftLayer, Aspera, Cloudant and Silverpop it has brought its total cloud investment to $7 Billion across 17 cloud acquisitions since 2010.

Do the partners buy the IBM patter?

“IBM has brought together a full suite of enterprise class cloud services and software and made these solutions simple to consume and integrate, whether you are an enterprise developer or forward looking business exec,” said Andi Gutmans, Zend CEO and Co-founder. “We will support the rapid delivery of our applications through the IBM Cloud marketplace, enabling millions of web and mobile developers, and many popular PHP applications to be consumed with enterprise services and service levels on the IBM cloud.”

Has IBM produced something special here?

Well it is true to say, most (cloud) marketplaces are tied to one specific product offering. If you don’t use the particular service for which the marketplace was built – even if you’re a customer of other products by the same company, that marketplace is irrelevant for you says IBM.

The bottom line here is — the IBM cloud marketplace will be available to all IBM and non-IBM customers. 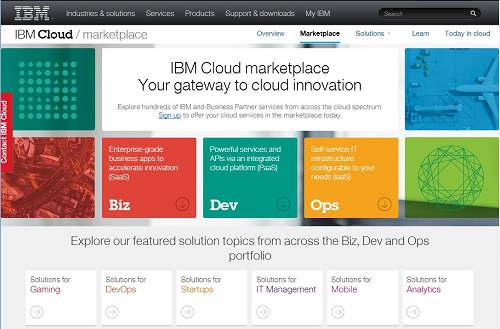 According to IBM, “These applications can be easily and securely integrated in hybrid on premise and off premise cloud environments. It is uniquely built on an open environment so developers can choose any open source or third party tools and integrate apps, as needed. Building on IBM’s $1 Billion investment in Bluemix, Platform as a Service, today IBM also announced the expansion of Bluemix with 30 cloud services, bringing advanced big data and analytics, mobile, security and devops services to developers and bringing enterprise developers into the cloud.”

The official line from IBM is that SoftLayer gives the ability to choose a cloud environment and location that best suits business needs and provides visibility and transparency to where data resides.

There is control of data security and placement with a choice of public, private or bare-metal server options.

In terms of what IBM will include here, IBM’s Robert Le Blanc has explained:

“We’re starting with six categories of services: mobile, analytics, computing infrastructure, a product-development environment, and services for gaming companies, and for startup businesses born on the web,” he writes in an IBM blog. 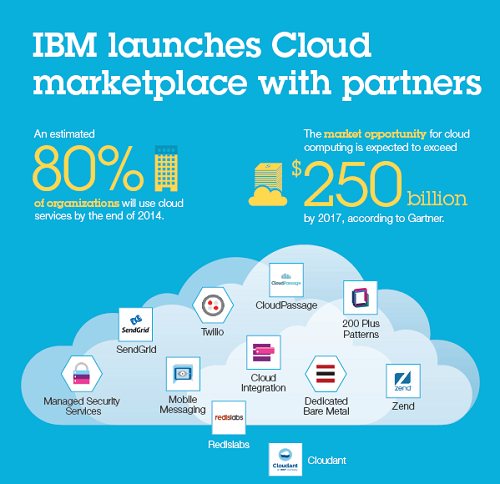