There are IBM Watson lovers and haters.

“Watson, as the computer is called, is just a powerful machine with a vast store of data, they say, it still can’t fully understand language, recognise objects, or appreciate human subtleties.”

But it’s a dangerous game to lay derisory comment down upon i.e. so-called ‘machine learning’ is a cutting edge element (or at least a very interesting part) of software application programming design (as we stand in 2014 at least) for those looking to engineer intelligent devices inside so-called Internet of Things (IoT)-based systems with increasing sophisticated Machine-To-Machine (M2M) and Human Computer Interaction (HCI) capabilities. 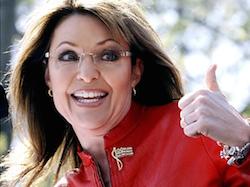 The Economist went on to bemoan America’s fascination with world domination, its national superiority complex and the ‘modern anti-intellectualism’ championed by Sarah Palin (she’s no expert, but she knows the so-called experts are wrong) — so let’s get back to machine intelligence.

Back in Armonk, New York… the IBMers are waving flags (blue ones, presumably) to celebrate Watson Analytics, a natural language-based cognitive service that can provide access to predictive and visual analytic tools.

According to analysts (so the following statement must be true): only a small fraction of business people use analytics tools as part of their decision making today.

The first release of Watson Analytics will include a freemium version of its cloud-based service designed to run on desktop and mobile devices.

The product offers access to data refinement and data warehousing services that make it easier for business users to acquire and prepare data – beyond simple spreadsheets — for analysis and visualisation that can be acted upon and interacted with.

Businesses are able to use this tool to ask questions such as:

What are the key drivers of my product sales?

Which benefits drive employee retention the most?

Which deals are most likely to close?

Bob Picciano, senior vice president of IBM’s information and analytics group has explained that with its ‘Natural Language Dialogue’ Watson Analytics speaks the language of business and people by enabling someone to simply type in what they would like to see.

This service, like other IBM Cloud solutions, will be hosted on SoftLayer and available through the IBM Cloud marketplace.

Founder and CEO of Platfora, Ben Werther isn’t so sure on this news though…

“Watson Analytics is a novel approach to bringing simple data sets and natural language questions together for common business use cases. It is a piece of the puzzle, but doesn’t directly attack the problems of big data analytics — i.e. making sense of massive datasets across transactions, customer interactions and machine data and giving business analysts visual tools that are native to this scale to amplify their understanding.”