Firstly let me be clear. I am not a software developer, but I am a software-focused reporter, journalist or hack depending on your preferred term. The reason for this story is to highlight a reality, which I first heard described nearly a decade ago by an Australian .NET guru called Dr Neil Roodyn.

Dr Neil’s opinion was that all applications (in some form) will migrate to the mobile device. Whether it’s a simple forms-based application used by a retail store worker or a complex military-grade secure database application, if it has spent some of its natural life on the desktop – then it will “evolve” to mobile. 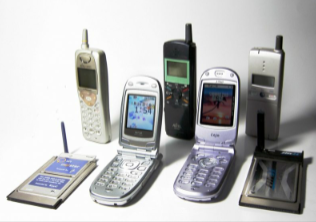 Way back at the start of the ‘noughties’ when I first heard of this concept I was prepared to accept it. Today we see the concept taken further, so that companies that specialise in cross-platform GUI development such as Qt talk about ‘a consistent user experience across all devices’.

You want to read your diary on your fridge’s fronted mount user interface display in the same form that you see it on your PC – don’t you?

So enough theorising, Juniper Research‘s “Mobile App Stores: Business Models, Strategies & Market Segmentation 2010-2015” report claims that the combined revenues from mobile applications, value-added services and advertising is expected to rise from just under $10 billion in 2009 to $32 billion in 2015.

Released early last month, the report’s author Dr Windsor Holden cautions that while Apple’s App Store is achieving billions of downloads, developers must not ignore users of other platforms/handsets. Perhaps he would have been better to caution developers to look upwards and see their apps as desktop equivalents in the first instance before even worrying about which mobile platform they would port to.