This is a guest post for the Computer Weekly Developer Network written by Pascal Desmarets in his capacity as founder and CEO of Hackolade — the company’s software combines the ‘comfort & simplicity’ of graphic data modeling, with the ‘power’ of NoSQL document databases.

At the MongoDB World conference earlier this week in Chicago, Eliot Horowitz, CTO and co-founder of MongoDB, retraced the company’s 10-year history and emphasised the pivotal importance of the ‘document model’ in his firm’s history.

The document model expresses the ability to store contextual information together in a JSON document, something so much more natural, practical (and indeed performant) than the way traditional databases store data.

NOTE: JSON (JavaScript Object Notation) is a minimal, text-based human-readable, data interchange format for structuring data. It is often used to perform the transmission of data between a server and a web application as a workable alternative to XML.

MongoDB’s Horowitz also retraced the evolution of the terminology around the document model’s core functionality.

The MongoDB team originally called it ‘schemas-less’ and ‘non-relational’ which was a genius move to get people thinking about the revolutionary advantages of NoSQL databases.  Then the term changed to become ‘semi-structured’, then ‘dynamic schema’.

This is a better reflection of the power of JSON to allow for quick and easy evolution, and mostly of its polymorphic nature, i.e. the ability to use different document structures at different times.

An unfortunate consequence of the term ‘schema-less’ was that it has given some users a false impression that they should not care about how data is being stored.

It also gave the false impression that data modeling, a field of computer science that helps translate business needs into application design, would no longer be needed.  As it turns out, the power and flexibility of JSON makes physical data modeling even more important, since there are no rules on how to properly structure the data stored in NoSQL databases.

Of course, the purpose of databases is not to store data, but to mine it for insight and decision making.  Inconsistency in data leads to lack of quality and the need to rework, which aren’t useful or cost effective. No matter if you call databases ‘non-relational’, there will always be relationships in the data itself.

With MongoDB maturing as a solution for enterprises, the firm has done an (arguably) great job of adding the features to provide more guardrails against misuse of this (arguably) powerful technology: document validation, joints and lookups.

MongoDB has now announced upcoming support for JSON Schema, an emerging standard, to describe the stable structure in which data should be stored in a NoSQL database.

Enterprises should welcome this move: they’ll benefit from the scalability and flexibility advantages of a robust NoSQL database, while the data governance and IT architecture departments will be satisfied with higher data consistency, compliance and quality. 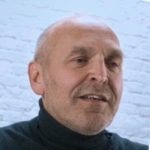 At the same time, a nice ecosystem of tools and services is contributing to MongoDB’s maturity as an enterprise technology, with software specially built to facilitate the work of application designers, developers and business users.

Pascal Desmarets (pictured) is the founder and CEO of Hackolade.  He leads all corporate efforts of producing visual tools to smooth the onboarding of NoSQL technology in corporate IT landscapes.