What is a software company without a dedicated developer division, tool, platform or at least T-shirt, right? Presumably this was some of the thinking that network-testing company Ixia (pron: icks-ee-ya) went through recently.

Basically, this is VM based-deployment software that looks for bugs in the development lifecycle.

It has a built-in debugger (pron: de-bugger) and the ability to import and replay packet captures.

“We really like Ixia Developer, not just because it has many built in debugging and traffic generation capabilities, but its ease of use and VM based-deployment has made adoption by our engineers much easier,” said

Aria Eslambolchizadeh (pron: we’re not sure and nor is this guy, sorry) executive director for quality engineering, at SonicWALL explains that Ixia Developer has enabled his firm’s developers to do testing well.

“In addition, the traffic generator has helped both our developers and QA Engineers to validate bugs, while proving the real application monitoring capabilities of our security devices. This is critical for SonicWALL’s network security devices,” said Eslambolchizadeh. 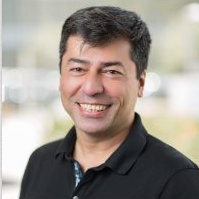 Eslambolchizadeh: I like the product so much you can just call me “Mr E” if you like

“As DevOps continues to pervade into mainstream IT, it’s becoming imperative to broaden the testing mindset to include security, which increases IT agility while lowering the impact of vulnerabilities,” said Donnie Berkholz, research director for development, DevOps, & IT Ops at 451 Research.

Ixia says that the agile CI/CD model is most effective when disparate teams across service provider, QA, production, development and vendor can streamline discovery and resolution of issues found in different phases, accelerating time to market.