Hot on my news pile this morning is comment from GenieMobile. The company’s GenieBuilder app building platform is designed to enable “non-technical users” to build, publish and manage mobile and web apps for all major smartphones.

Now I am always wary of these drag-and-drop non-technical options for app construction; defeating the need for developers to exist in the first place bankrupts their very rasion d’être doesn’t it?

Looking closer, GenieBuilder apps appear to be modular and, as the company puts it, highly configurable and branded for businesses.

According to GenieMobile, “We currently offer apps for events, publishing and education and will be adding more verticals over time. Our apps take shape entirely through an XML configuration file sent directly to the phone, meaning apps can be built in minutes and completely updated at any time.”

So hang on, you are saying the apps are built ON THE PHONE?

“In a way yes — the apps are published and downloaded to the phone through normal channels (Apple App Store etc). Once on the phone, the structure, functions, branding and content can be changed by pushing an XML configuration file update directly to the phone, without republishing the app. Anything about them can be changed except the app icon on the phone home screen,” said the company. 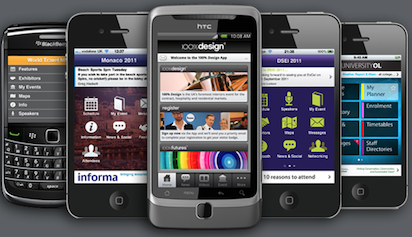 Now much as I am against the general idea of dumbed down drag-and-drop development, GenieBuilder “may” have a point when the company points out that to date, much of the “excellence” in mobile apps has been largely seen in consumer facing environments.

Is that true? Well — you don’t have to look very far to find one of the “analysts predicts mobile enterprise boom” reports now do you?

“What will be important to software application developers with regard to this technology proposition is the fact that 10 years ago a web developer hand-coded HTML. But now Joomla or WordPress does it, leaving the developer to concentrate on the higher value activities — and this is what GenieBuilder achieves for mobile apps,” said the company.

The concept here is that mobile developers are left to concentrate on the design, not the routine delivery of mobile apps (back to the Joomla/Wordpress analogy) and so more companies can (in theory) offer websites as part of their portfolio once these tools have simplified delivery.

GenieMobile rounds this debate out by saying, “Frequently the wisdom of developing native apps at all is questioned and compared to producing mobile websites, very often linked to the promise of substantial improvements with HTML5.

“It is widely understood that the user experience and benefits of not requiring a constant data connection favour native apps, but that cost of production and maintenance favours web apps. What we mean is by unifying development across platforms and lowering costs and maintenance, the prime reason to favour web apps over native apps development is removed.”