In a fortnight that has seen Microsoft mobile lead Andy Lees encourage staff to write their own Windows Phone 7 (WP7) apps to help support the launch, the company is (allegedly) cooking up an employee developer program to fast-track apps made privately within Microsoft.

But is there an issue here? Will developing for WP7 be a struggle and will the weight of momentum carrying iPhone app development experience any turbulence? What would be really nice here is if all the children would agree to get along and play nicely together so that sharing (let’s call it porting shall we?) would be a breeze. 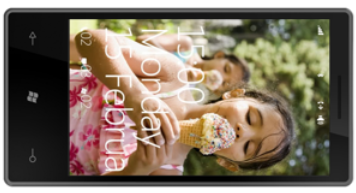 Then we’d all get more apps, more quality, more choice, more value and more interoperability. Sadly, this does not look likely.

Mobile development specialist Terence Eden works with developers on both platforms and has this to say on the subject.

“Porting apps to WP7 from iPhone is close to impossible in the traditional sense of porting. This is simply because iPhone development requires a Mac running OS X and WP7 development requires a PC running Windows Vista or Windows 7. So, essentially, I have to buy another machine and/or another operating system if I want to do both.”

“While there are some coding similarities – the platforms are different enough to render porting ineffective. It really does require ground up rewrites. Of course, the same assets can be used – graphics, network APIs, sounds, etc – but the user interface guidelines are strict enough to warrant redoing many screens from scratch.”

“That said, the development tools for WP7 are fantastic. The demos, tutorials and support from Microsoft are second to none. But you won’t see many ‘ports’ of complex iPhone apps unless they’re created by companies with significant resources.”

So what lies on the road ahead (to coin a Bill Gates book title) for WP7 development? Well Microsoft’s internal app development programme certainly has limits, the staff members are not allowed to profit from any of the development they do, as they would be in violation of their original employment contracts. So don’t expect the next Twitter any time soon.

In terms of where the Windows Phone 7 sits as a device, I will defer again to Terence Eden’s erudite opinion which he has expressed in his blog which you can read for yourself here on an ongoing basis.

“WP7 is the first device that I’ve seen which has been designed from the ground up for both work and play. It has an (unfair?) advantage working with Microsoft’s range of enterprise software – OneNote, SharePoint, Outlook – as well as having the necessary range of security policies for a corporate environment. On the play side, it has total integration with Xbox and a wicked set of 3D graphics,” said Eden.

As to whether the WP7 and iPhone marriage will ever flourish, I will this time defer to Rudyard Kipling, in his Barrack-room ballads, 1892:

“Oh, East is East, and West is West, and never the twain shall meet.”