There’s a tussle going on in telecoms.

Telecoms operators (the companies, not the old ladies with the plugs and switches) are working hard to differentiate their services and rate-plans and at the same time help nurture the development of “exciting new applications” for us all.

But here’s the rub…

In order to do this, operators must allow developers to connect to the network and access the information they need to allow them to create apps.

One might argue that the breadth and diversity of Apple’s AppStore and the Android Market reveals the potential of harnessing an open, independent developer community. Operators (it is argued) can utilise this so-called “vast pool of talent” to help ramp up the speed of innovation to broaden their portfolio of services.

It’s not that easy — here’s the fear factor…

Jonathan Bell, VP of product marketing at telecoms software company OpenCloud warns that there is a risk involved here i.e. without a form of standardisation, or agreed protocols, third party applications could inadvertently destabilise systems within the network. 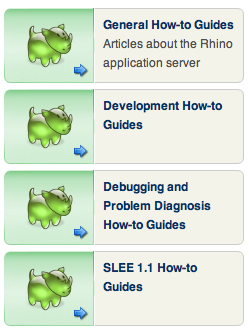 “The alternative for operators is to expose network APIs. These provide a distinct interface that can allow operators to control developer interactions with their core network. API exposure can enable a variety of different business models for operators and allow developers to have the ability to create exciting, and margin-improving services, such as branded app stores and web mash-ups, built on the operators’ APIs,” said Bell.

But even exposing network APIs must also be done with care says Bell. Last year T-Mobile USA discovered this after its network performance was impacted following the release of an Android-based IM app that reconnected with the network so often, it caused network signaling overload in certain densely populated areas.

NOTE: Fraudulent apps that dial or text premium numbers, without the end-user being aware, have also been launched onto operator networks.

Bell now asserts that in exposing network APIs, operators must strike the right balance between allowing app and service innovation and keeping their network secure and fully functional.

Operators should look at supporting independent innovation by a hierarchy of groups:

• At one extreme, the extensive global developer community;

• at the other groups of in-house developers;

• and groups of trusted third party developers in between.

• Each group should be supported with a different balance of exposed capability versus risk.

“Once access to network assets has been granted, developers can enjoy more freedom to innovate and support the operators’ service line-up. Offerings can be developed based on the protocols and connectivity provided by the service layer framework, cutting the cost of integration and speeding up the time to market,” added OpenCloud’s Bell.