Robin Webster, technology director at Centiq spoke to the Computer Weekly Developer Network blog this week to detail his company’s position on SAP HANA — Centiq itself is an IT services and software provider specialising in the design, configuration and implementation of SAP HANA itself.

CWDN: So why are you hiring DevOps talent for SAP HANA?

Robin Webster: As the benefits of working in new ways become apparent, the SAP HANA platform continues to narrow the gap with the ‘webdev’ world. This requires a brand new class of employee so we’re looking for pioneers who want to remove barriers to innovation in enterprise development pipelines.

CWDN: How does the (CAPS C) Continuous world impact you?

Webster: Developing code in a SAP environment has traditionally been governed by strict processes due to a focus on traceability, security and reducing risk from code changes. This is only wise, because the Quality Assurance processes deployed by enterprises includes testing of thousands of changes across perhaps hundreds of code sets, because as the cliche goes, today in business change is a constant.

The world of web development has fast evolved with  ideas like Continuous Integration and Continuous Delivery (CI CD) principles. Here the emphasis is on testing each smallest increment quickly using automation and releasing quickly before the next set of requested changes come along. If it works, ship it. If you ship bugs, ship fixes. Moving from a batch processing methodology for shipping code to a constant stream of updates seems to work well for an increasing number of organisations.

Webster: SAP is promoting microservices architecture in SAP HANA to help developers simplify development of new functionality and act more like SaaS developers. So far, so good, but there is yet more movement from the world of ‘traditional SAP’ to DevOps, which involves automating processes wherever practical.

Virtualisation and cloud providers combined with orchestration tools have led to the ability to automate the build of OS for repeatable deployment. Once again the power of the approach is in its ability to reduce manual intervention, speed deployments and increase resiliency.

With HANA SPS12, SAP has introduced the potential of offering the database objects as code including table layouts, partitioning and other configuration elements through the CDS/HDI technology that allows you to store all of these components using Git versioning tool,  another core tool in the web world. This means that you could commission a new database to a application version and database schema appropriate to the code you are working on all from an automated process.

CWDN: How is open source impacting what you do?

Webster: Since the early days of SAP HANA, there has been a SAP HANA development resource on the HCP, SAP HANA Cloud Platform. Unfortunately, it was restricted in what could be achieved, especially if you wanted to interface with other open source tools and languages. These days almost every organisation uses some open source code, for most of us open source is not a movement any more, it’s a daily reality.

At the recent SAP TechEd2016 Las Vegas, SAP announced SAP HANA Express, to make a 32GB fully productive use SAP HANA available either as a binary or VMware image download. This further improves the accessibility of SAP HANA to new application development.

New startup application developers can now use the SAP HANA platform as they would MySQL, Hadoop, Maria, CouchDB or any other Open Source database alternatives, for both development of a concept and its first productive use, until they need to break the 32GB limit.

CWDN: So it all comes back to webby DevOps with an SAP back-end then?

Webster: Well yes, it would seem that the two worlds are beginning to collide. This opens up the possibility of the best of both worlds, the reassuring quality of SAP and the cutting-edge methods which are powering virtualisation and cloud development. For this reason I’m hiring DevOps talent to help customers who want to take advantage of the world of web development with the data back end product that SAP provides in SAP HANA. 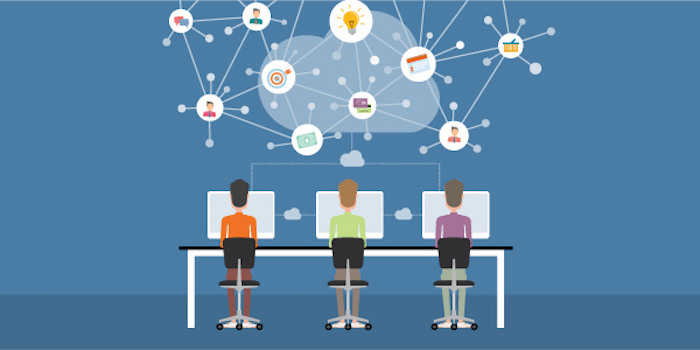