No, you don’t get a free pen and a fancy ‘touchless’ plastic card with your photo in the corner and an animal design of your choice… well, okay, that might happen, but that’s not the point.

We know that IT systems are like bank accounts because they a) hold value b) contain a repository of content that can increase or decrease and c) incur a certain amount of debt over the course of their lifetime.

Technical debt is the glut of code that a system develops which is less than functional, often legacy or archaic in some form, typically obstructive and almost always a hindrance to the fluid functioning of the system in question.

But we’ve been talking about technical debt since pre-millennial times, so is there a way forward stemming from Agile programming with its release early-and-often mantra (possibly even with some Agile Extreme programming with its ‘no intermediaries between client and development team’ approach), or should we look to low-code/no-code platforms as the answer?

Although straddling the low-code arena, OutSystems prefers to denote itself as a self-styled ‘modern application development’ company, a moniker which could provoke thoughts of marketingspeak, were the term modern development not actually becoming a de facto notion inside hard core dev shops.

Aiming to detail what proposition of technical debt is out there affecting contemporary IT shops, the company has driven its “Growing Threat of Technical Debt” report to focus on this issue.

An issue set to compound

With Covid-19 (Coronavirus) exposing vulnerabilities in organisations around the world, this latest analysis from OutSystems examines the cost of technical debt facing businesses across industries and geographies.

“The combination of old code along with the new generation of mobile apps, stack applications and SaaS sprawl are robbing organisations of resources, time and the ability to innovate,” said Paulo Rosado, CEO and Founder of OutSystems. “This report proves that technical debt will continue to compound. It requires a new approach to move past it and innovate at a pace and scale for true competitive advantage.”

Rosado says that technical debt is a technical design or development choice made for short-term benefit with long-term consequences. Across industries, this results from the development of solutions implemented quickly to maximise speed, rather than optimising for the future.

Based on a global survey of 500 IT leaders, the OutSystems report highlights a majority (69%) of IT leaders, who say technical debt poses a fundamental limit on their ability to innovate, along with 61% saying it drags on their company’s performance and 64% agreeing it will continue to have a major impact in the future.

There isn’t a sole cause of technical debt, though IT leaders cite too many development languages/frameworks (52%), turnover within the development team (49%) and accepting known defects to meet release deadlines (43%).

Suggested findings in “The Growing Threat of Technical Debt” are based on a survey of 500 IT leaders spanning enterprises, commercial companies and small businesses around the globe.

Fielded in partnership with sampling and media measurement company Lucid, the online survey was conducted in May 2021 across the United States, Australia, the United Kingdom, France, Germany, Portugal, India, Brazil, the United Arab Emirates and Singapore.

So can modern app platforms take an inside track to outpace technical debt?

OutSystems wasn’t crass or obvious enough to try and leave us with that punchline, although the reasoning and logic here is obviously implied… still, just like financial debt, there is no such thing as a free lunch and there are no get out jail free cards available to IT teams sitting on a large pile of technical debt. What all this may mean is the smartest debt ‘payoff’ tactics are the ones that triage the most troublesome debts likely to spiral and incur more interest rate going forwards first.

Now, would you like to hear about our new mortgage deal for first time buyers sir or madam? 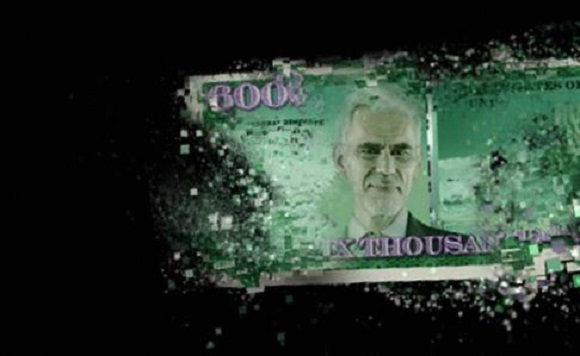