Data analytics was born among the American industrialists of the late 1800s.

Henry Ford is said to have studied and measured the pacing of the processes down the assembly line when the Model T was produced back in 1908. 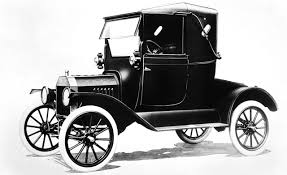 Before Ford, the American industrialist Frederick Winslow Taylor carried out time management analysis to improve efficiency during his time at Pennsylvania’s

Fast forward to 2013 and all the big ‘big data’ (big(s) plural intended) vendors have a data analytics platform of some shape or form.

Among the most voluble in this space is perhaps SAP with its explanation on in-memory computing efficiency to serve data analytics for “operational insight” (as they say) in the workplace.

But this plateau wont keep us in check for long. Next we have to incorporate the concept of situation-based analytics.

CTO for the UK and Nordics at Software AG Matt Smith explains the scenario for situation-based analytics.

• An airline operates out of a major European capital city

• It has to oversell its seat allocation, passengers just don’t turn up, it’s the only way to operate

• Analytics of annual passenger movements helps to a degree

• But situation-based analytics also takes into account external extenuating factors i.e. if there is a major football game on, or some other factor impacting passenger trends

• Social media stream analysis could also be incorporated into this concept

• Situation-based analytics itself should be a cloud-based application that is supplied as a SaaS service itself, ideally — developers take note

Software AG may not be the first firm you think of when quizzed on cloud-based data analytics, SAP has given out a whole lot more T-shirts in that regard of late. But the firm is spending money to transform its technology proposition in line with these ideas.

Plus, those Software AG guys are German too right?

The firm’s newswires this week pumped out news of its new webMethods Intelligent Business Operations Platform (IBO) and the acquisition of JackBe Corporation.

Real-time visual analytics and intelligence software company JackBe is headquartered in Chevy Chase, Maryland — not far at all from Bethlehem Steel if you are making the data DNA connection.

Software AG claims that its newly enriched platform will provide real-time awareness of dynamic operations and processes through visualisations — but crucially here, it will be capable of “mashing data from any source” as it goes.

What did Henry Ford know about big data analytics? Possible more than he let on.