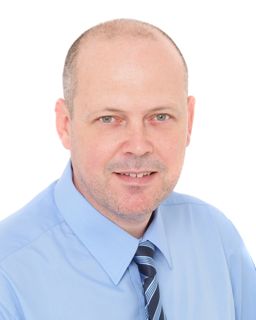 We’ve come a long way since the dark ages of computer programming, when business software was accepted and swallowed even if it looked dull and lifeless. Nowadays the best software beats its rivals by not only operating brilliantly, but also by looking visually appealing. I’d like to suggest that we have tech companies like Apple and Google to thank for this; and now that we’re firmly moving into the mobile software era, this focus on beautiful and functional user interfaces is becoming even more important.

It doesn’t matter if your application is the best news for business since the invention of the typewriter — if it’s horrible to use, then nobody will use it. If you want your users to love your product, you’re going to have to make it look great as well as functional; and with the rise of the “prosumer” the demands on software application developers have become intense.

Call in the UX team

The key responsibility for any software interface design lies with the User Experience (also known as UX) team. It is their job to ensure that three crucial elements of the software work optimally: the front end user interface, the user interaction layer and the graphic design (i.e. the pretty icons and buttons).

If any one of these elements is out of kilter, the whole application can disintegrate and become a cumbersome mess. Ensuring that these elements work together properly requires a large amount of effort in terms of understanding the user and their needs.

“What does the user need to get out of the application and what are their expectations for ease of use and performance?”

Mobile applications in particular need to deliver tightly integrated interfaces, which operate well across the professional and consumer space, if they’re not to annoy the user and risk alienation. This becomes more complicated when we accommodate for different platforms (Android, iOS, Blackberry etc.), which each have their own programming requirements and guidelines for development. Even the use of third party development tools and platforms won’t remove the need to understand how each platform performs under pressure.

The process of mobile platform development itself is not that complicated as long as the development team follow some basic common sense rules.

Rule #1 — First don’t think you can just transfer an existing computer application to the mobile arena by making it smaller.

Rule #3 — Experience has shown that delivering simple core functionality on a mobile device works significantly better than trying to offer a complex menu of features in the one package.

These introductory rules are especially important to remember with the growth of touch and multi-touch on devices like the iPad and other tablet computers.

In part 2 of this 3-part blog, Sybase’s Thain looks at the importance of the Application Definition Statement (ADS).

Editorial disclosure: Adrian Bridgwater works in an editorial capacity for the International Sybase User Group, a completely independent association that represents thousands of users of Sybase products in more than sixty countries around the world. He is not an employee of Sybase but seeks to work with ISUG to support its work challenging and questioning Sybase product development and training.