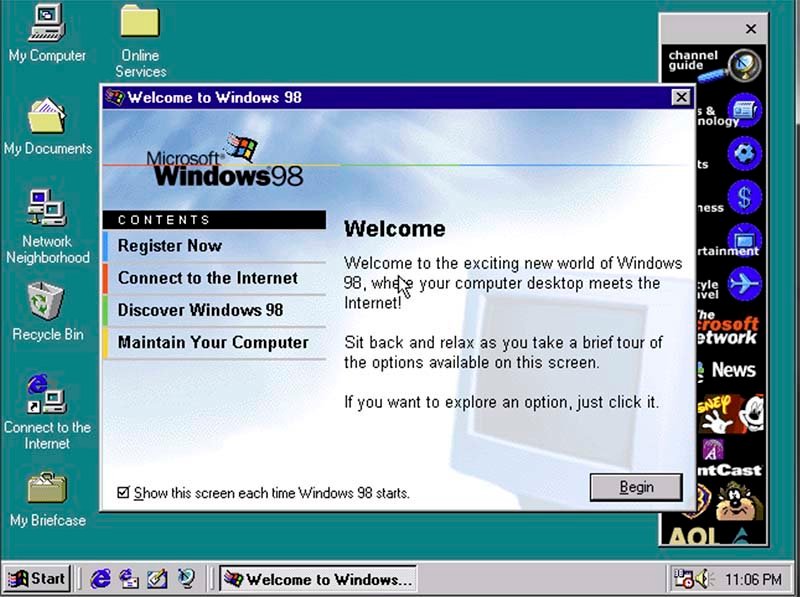 Released on June 25, 1998, Windows 98 was the first version of Windows designed specifically for consumers. The OS represented the company's first attempt at linking the PC and the intenet more closely together by bundling its Internet Explorer web browser, to the annoyance of Marc Andreesson, founder of Netscape, who believed this would squeeze Netscape out of the browser market.

A month before the launch, US Department of Justice lead prosecutor Joel Klein began a case against Microsoft alleging it was abusing its operating system monoply by bundling Internet Explorer with Windows.

The screenshot from MSDN, shows Windows 98 running in Virtual PC.