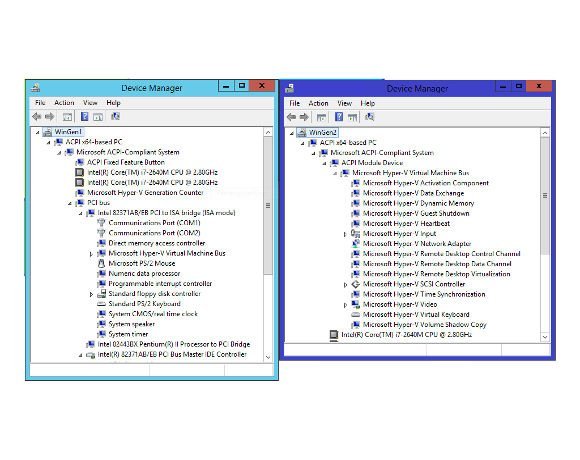 The core of Microsoft’s cloud is Hyper-V, and the 2012 R2 release brings several new features. The most intriguing is Generation 2 VMs. Virtualisation platforms emulate legacy hardware, for high compatibility with numerous operating systems, but why weigh a VM down with unnecessary emulations? The new Generation 2 VM type, which is available alongside old-style VMs, cuts out legacy devices and boots from virtual SCSI drives. Only 64-bit Server 2012 or later, or 64-bit Windows 8 and later, is supported.

Other new features include online resize of virtual hard drives, provided that they are in the newer VHDX format, and fast live migration using data compression and Remote Direct Memory Access (RDMA). There is also a Clone VM feature, which lets you copy a running VM and start it offline to troubleshoot problems. Hyper-V Replica now lets you choose the replication frequency, from 30 seconds up to 15 minutes. Users will be able to Live Migrate from Server 2012 to Server 2012 R2.